Varrun Ramani, final-year student of Computer Science and Engineering at the Amritapuri campus was awarded a laptop as first prize in the IBM XML Superstar Contest.

The contest, promoted by IBM, to popularize the use of its proprietary database, DB2, was open to database developers, administrators as well as students nation-wide. “My guess is that a few thousand probably registered for the competition,” stated Varrun. Varrun competed against the others in two levels of online competition, to advance to the final and decisive round. These competitions were conducted during the four-month period, Oct 08-Jan 09.

“The first round was about applications of XML,” he shared. “We had to answer a set of basic questions on PureXML and DB2.” After clearing this round, Varrun qualified to register for the second round.

In the second round, Varrun, just like the other contestants, had the option of registering either as a programmer or as a database administrator. Varrun chose to register as a programmer; and had to program using the DB2 pureXML feature.

“In the third and final round also, there were programming questions,” he said. “I had to write queries using XQUERY, XPATH, SQLQUERY. I was given a database schema and a scenario wherein I had to extract the exact data from the database by executing the right query.”

Sounds complicated? Not for this talented youngster who won the top prize, beating not only other students but also database administrators and working professionals that participated. But competing and winning in such contests is not new to Varrun; during his time in Amrita he has participated in many computer-science related contests open to students.

He ranked first in an Inter-Amrita ACM coding contest. His team qualified in two successive years to participate in the Asia Regionals of the ACM-ICPC, placing 32nd in Asia in 2008 and 20th in 2009. His team placed 6th in India for developing a project titled “Online Crime Reporting System” in IBM’s Great Mind Challenge 2008, beating 15000+ teams.

“I am fortunate that at Amrita I have always been given encouragement by my teachers and class-mates to continue to try and excel,” he said. “The atmosphere on our campus is such that we make the effort to learn more than what is just prescribed in the text-books. And most of our teachers fully support us in this, in fact, it is they who push us to do our best.” 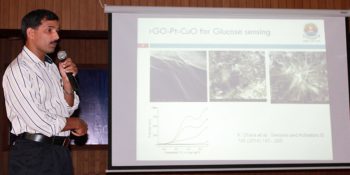 Invited Talk on Signal Amplification in Biosensing at Amrita School ...

As part of the weekly seminar series at Amrita School of Biotechnology, Dr. T.G. Satheesh Babu ... 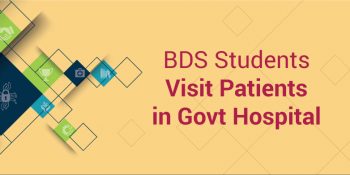 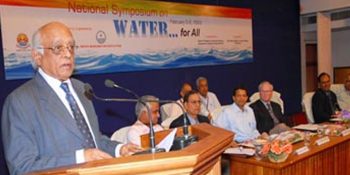 Water for All — National Symposium at Amrita