The Amrita Center for International Program’s flagship initiative, Live-in-Labs®, has welcomed international students from over 20 countries around the world. A frequently chosen thematic area and a major focus of the Live-in-Labs® program is agriculture; namely, developing innovative, low-cost methods to address current challenges faced by farmers in rural India. While various student teams have identified a host of challenges in current agricultural practices, one of the most frequently observed is the scarcity of water for irrigation.

Located 25 kms from Ranchi, the capital of Jharkhand, Dewgain lies on a hilly terrain with lushly green forest land. Out of the 120 families in the village, about 90% of them are dependent on agriculture for a living. However, water scarcity during the summer months is seen as one of the major reasons for the decline in agricultural produce, causing farmers to spiral into debt and, sometimes, commit suicide. Although successive governments have announced subsidies and aid packages to mitigate the issue, a more enduring solution is required.

Guided by Dr. Rekha Manoj, Amrita Center for Wireless Networks and Applications (AmritaWNA), the team initially carried out pH tests to calculate the basic acidity of water and checked for the presence of fertilizers affecting the groundwater table. The team also measured the depths of different wells and observed there was no history of wells deepening. Prior to deploying a potential solution, the team strategized about effective measures to reduce the cost of farming and increase crop yield. After several brainstorming sessions, the team felt it was important to create awareness among villagers on new technologies in farming such as drip or diffuser methods to use water efficiently. After inputs from the villagers, students came up with a design of a generic Internet of Things (IoT) framework to improve agriculture yield by effectively scheduling irrigation and fertilization based on the crops’ current requirements, environmental conditions, and weather forecasts.

After consulting villagers, the team chose an experimental site with the aim of testing two independent variables: the type of irrigation (rainwater, channel, or drip) and the method of determining irrigation frequency. The team did a site survey of the village and surrounding agricultural areas, searching for distinct soil types by visual observation of soil color, texture, and land use, as well as by tactile feel of soil texture and moisture. The team then conducted sensor tests on several sites throughout Dewgain, with a focus on the area around the experimental plot.

“I really liked the amount of responsibility we had to conduct the project,” said Mathew Falcone. “I enjoyed working in the village and the intercultural exchange with the Amrita students and villagers was very valuable.”

Reflecting on his decision to participate in the Live-in-Labs® program, the civil engineering student, Rayappa Raja S. R. said, “Live-in-Labs® gave us an opportunity to understand the plight of people and experience their lifestyle, which we would not have thought about in our day-to-day lives. This journey inspired us and helped us recognize the social responsibility within each of us.”

Speaking about the idea behind the project, Dr. Manoj said, “Despite many existing automatic irrigation systems in the country, most fail to consider the soil parameters and, instead, work on discharge basis. Most of the networks are designed to work for a particular time during the day, which often leads to unnecessary watering of crops. With the introduction of an automated irrigation management system, soil parameters are checked. Furthermore, any number of soil sensors can be placed in a field to find moisture levels and collected data can be accessed through an internet connection, making it easy to analyze information from anywhere across the globe.”

The team’s work was published at the 2018 IEEE International Conference on Technological Innovation for Agriculture and Rural Development (TIAR 2018) in a paper titled, ‘Impact of Traditional Irrigation Systems on Agricultural Outcome: Improving Socio-economic Livelihoods with Modernized Methods’. The three Amrita students have decided to continue participating in Live-in-Labs® into their 7th semester, thereby turning their work into a final year project. The team is currently working towards deploying the proposed system in Dewgain. 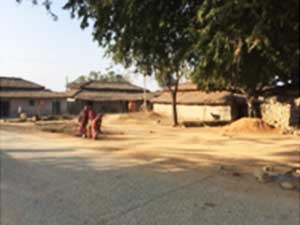 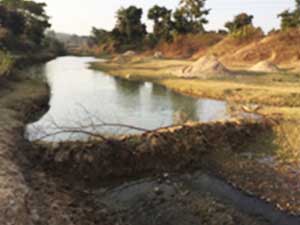 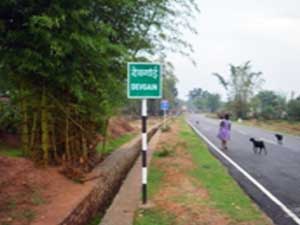 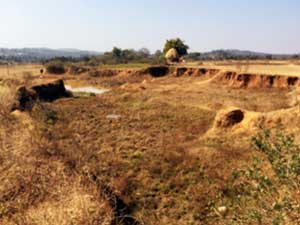 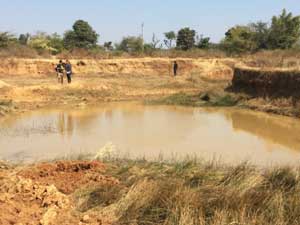