A team of seven students from Coimbatore, Bengaluru and Amritapuri campuses of Amrita Vishwa Vidyapeetham participated in the first FIDE World University Team Online Rapid and Blitz Cups organized by the University of Texas, Rio Grande Valley, which was held from March 27-28, 2021.

The team scored a total of 22 points and was placed 47th position internationally among 202 universities participated worldwide.

The First FIDE World University Online Chess Championships 2021 was open to students born in 1995 or later, who have their secondary education completed and are currently officially registered as proceeding towards a degree or diploma at a university. The championships, organized by the University of Texas Rio Grande Valley, consisted of four different competitions that took place over three consecutive weekends:

The championship was played on two different platforms, the individual events took place on Tornelo, while the team event was hosted by Chess24. The four best teams from the Individual Blitz and Rapid Championships qualified for the Team Cups.

The championship saw participation from more than 1000 students from more than 200 universities across the world. The Blitz team event had a time control 3+2 and consisted of 20 rounds in total. The Rapid team event had a time control of 10+5 with 10 rounds in total. The games were completed in fully online mode, with both audio, video and screen sharing. The games were conducted after one another, and saw many Grandmasters (GMs), International Masters (IMs), Woman International Masters (WIMs), and rated as well as unrated players from around the world. 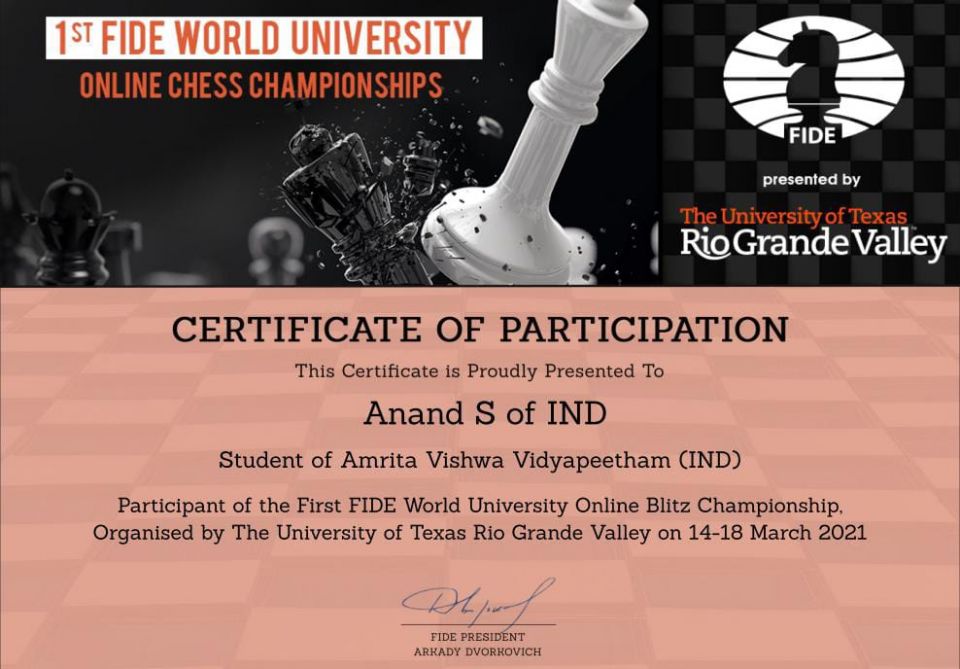