Amrita Vishwa Vidyapeetham has established its first Community Covid Resilience and Resource Centre (CCRRC), in Gudipadu Cheruvu, Veldurthi Block, Guntur District, Andhra Pradesh. Under the visionary leadership of Amrita’s Chancellor, Sri Mata Amritanandamayi Devi, Amma, the University has been working towards setting up 14 Community Covid Resilience and Resource Centres across India. This is being rolled out in partnership with the Department of Science & Technology (DST), Government of India and Amrita School for Sustainable Development and UNESCO Chair on Experiential Learning for Sustainable Innovation & Development, Amrita Vishwa Vidyapeetham. The centres aim to provide community-level interventions focused on several areas such as Agriculture, Education, Health & Wellbeing, Water & Sanitation, and Skill Development.

Both students and staff from Amrita Vishwa Vidyapeetham joined hands to set up the first of such centres in Andhra Pradesh. In a first for this village, our newly built centre is equipped with state of art immersive facilities that now has the capabilities to host online tele consultation, remote teaching, interactive gaming and education, hosting capacity building and training for all the villagers.

Additionally, a community needs assessment was done by a five member team from Amrita. The team visited the villages and assessed the unmet need for healthcare, the prevalent diseases, and the social, cultural, and behavioural aspects of the villagers via a participatory rural appraisal (PRA).

The team interacted with the Village Coordinator, ASHA worker, school teacher, villagers as well as village representatives. The team made visits to various areas of the village including schools for boys and girls, the Anganwadi Centre, houses, and waste disposal areas, and closely observed the village premises for potential public health risk factors. The team further held telephonic interviews with the Medical Officer of the nearest PHC at Sirigiripadu.

The Resilience Resource Centres spread across 14 states of India will be equipped with infrastructure, facilities and manpower to implement several programs aimed at building resilient communities. The 14 blocks that have been identified across states are as follows:

The subsequent phases of the rollout will include training for community workers, medical camps, training farmers, entrepreneurship and skills, as well as interventions in other areas. 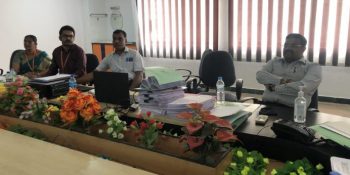 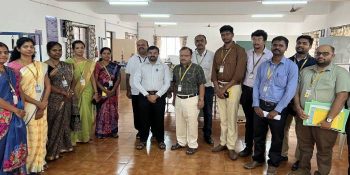 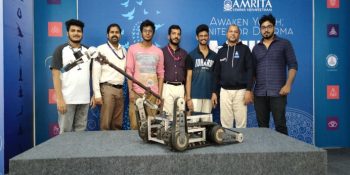 Vijayanta, a team of students from the Department of Electronics and Communication Engineering, ...