Amritasanjeevani Reaches Out to Attappadi Villagers 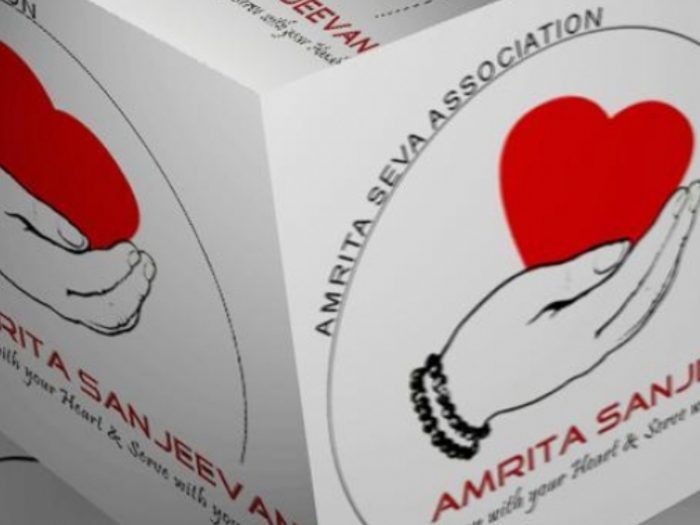 A yellow bus emblazoned with Amrita Vishwa Vidyapeetham slowly navigated the bumpy roads of Attappadi. Abruptly it screeched to a halt and a frenzied search took place within as young people searched through boxes of clothes. A tribal woman with a small child and an elderly lady were standing along the road near the bus. “She needs a sari.” “Find something for a two year old.”  “Where are the towels?” “She looks thin. Where is the nutrition supplement?” Quickly the team assembled a pile of useful items, leaped out of the bus and with a big smile presented the clothes and supplement to the amazed locals. The women smiled and the child looked totally puzzled. A brief explanation that they were from Amma, how to use the supplement and a small picture of Amma and they jumped back in the bus and careened down the road, looking for the next needy person and poor villages.

The plight of the tribal people has deeply touched the hearts of many Amrita Vishwa Vidyapeetham students. They decided that one thing they could easily do was to collect like new clothing and distribute it to villagers who are in need. They held a clothing drive and collected heaps of clothes of all kinds, as well as some nutrition supplements and some other useful items. It was a big job to sort the items, box and label, tote to the bus and then drive up to Attappadi.  But with great enthusiasm it was accomplished.  And now was the fun part, the give away.

Sanjeevani’s efforts were supported by institution staff and ashramites during their trip to Attappadi who had driven a bus and jeep up to Attappadi full of the donated items and helped with the distribution. The trip was multi-faceted, as the Sanjeevani group also helped organize a function for the alumni of Amrita Niketan, Amma’s orphanage and boarding school for deprived children. During the function an Alumni association was formed, students were honoured and AYUDH, the youth branch of ETW Amma’s youth movement was launched in Attappadi by brahmacharini Vandana, director of Sanjeevani. After the function, another lightning strike clothing distribution was held in a nearby village.

Late on Sunday, November 30th, the group drove down the ghat and out of the mountains. They would drive through the night to be back at the institution on Monday morning. The chill air of the mountains gave way to the warmer, humid air of the lowlands.  The moon shown down on the caravan making its way through the dark streets of more fortunate towns and villages than those they had visited in the last days.  They mentioned how images of the sweet, simple people they had met kept arising in their minds and discussed what else could be done to help them.  Attappadi is littered with the remains of projects designed to uplift these communities, but as yet, nothing much has changed.  Still, with Amma’s students, staff, ashramites and devotees all working together as one team; change will surely come. 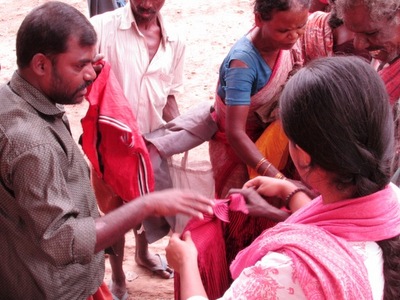 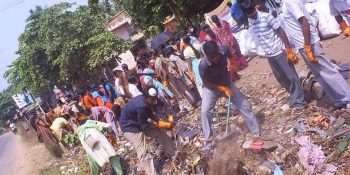 This year, as in all previous years, student members of Amrita Sanjeevani, the seva association at ... 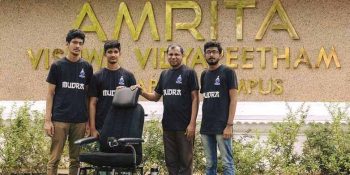 Two projects of the Humanitarian Technology (HuT) Labs, Department of Electronics and ... 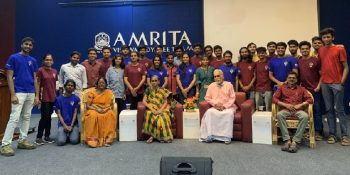