Does your child experience difficulty with learning daily lessons at school? Is there a problem with the child’s behaviour?

If the answer is ‘YES’ then these may be indicators of specific cognitive defects and behavioural problems. Such facts were presented in Ms. Anita Rajah’s poster titled Cognitive and Behavioural Profile of Children with Average Scholastic Performance.

The poster won first prize in the recently concluded 37th National Annual Conference of the Indian Association of Clinical Psychologists in Gujarat.

Cognitive and behavioural problems include a wide variety of mental and physical abnormalities in a child.

“Stress, depression and various other clinical causes contribute towards these problems,” stated Ms. Anita, who conducted a research study. “Such issues may negatively affect a child’s performance in school.” The study examined school children with average academic performance who scored between 40%-60% in major school exams. Factors such as intellectual functioning, cognitive and behavioural issues were assessed.

“On the check list, hyperactivity was the most frequently reported problem,” shared Ms. Anita. “Learning and emotional problems were reported for over 35% of the children.”

Behavioural problems related to a deficit in attention spans, hyperactivity and conduct were the most common problems encountered in the study.

“Children with an average academic performance are, therefore, a group that requires a more detailed assessment of their cognitive abilities and behavioural profile and focused intervention,” concluded the author.

Ms. Anita joined Amrita in 2005 and is currently serving as Clinical Assistant Professor in the Department of Clinical Psychology. 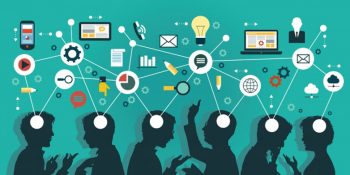 Schools need to look beyond boundaries and teachers need to go beyond textbooks to create a ...