In the past, science and the gathering of knowledge revolved around understanding the world through simple observations and inductive reasoning – for example, by dissecting cadavers in order to understand the anatomy of the human body or contemplating the commonplace event of an apple falling from a tree to explain the basics of motion and gravity. But in today’s age of technology and the rise of informatics, science now revolves around the more complicated analysis of big data, especially in the case of biology. Thus, bioinformatics came to the forefront as a means to tackle the arduous task of solving biological problems.

During the first day’s session, Dr. Heringa introduced the problem of the “data plethora” – the lack of storage space for the overabundant data produced by biological experiments. He proposed that in the future, the most sought out job may be that of so-called Data Stewards to meet the scientific society’s need of a way to efficiently convert, access, annotate, recover, secure, and store data. Dr. Heringa also discussed aspects of bioinformatics such as data clouds to create networks in order to link diseases and homology analysis by sequence alignment in order to find how and when two species diverged from one another in the timeline of evolution.

The second day’s talk focused more on creating course-grained models of biological systems by means of Petri nets. In order to explain the process of modeling complex biological systems, Dr. Heringa used two examples; modeling of the differentiation of the hematopoietic stem progenitor cell (HSPC) and the vulval development in C. elegans, both of which are complicated in their signaling mechanisms and involve numerous regulatory interactions. 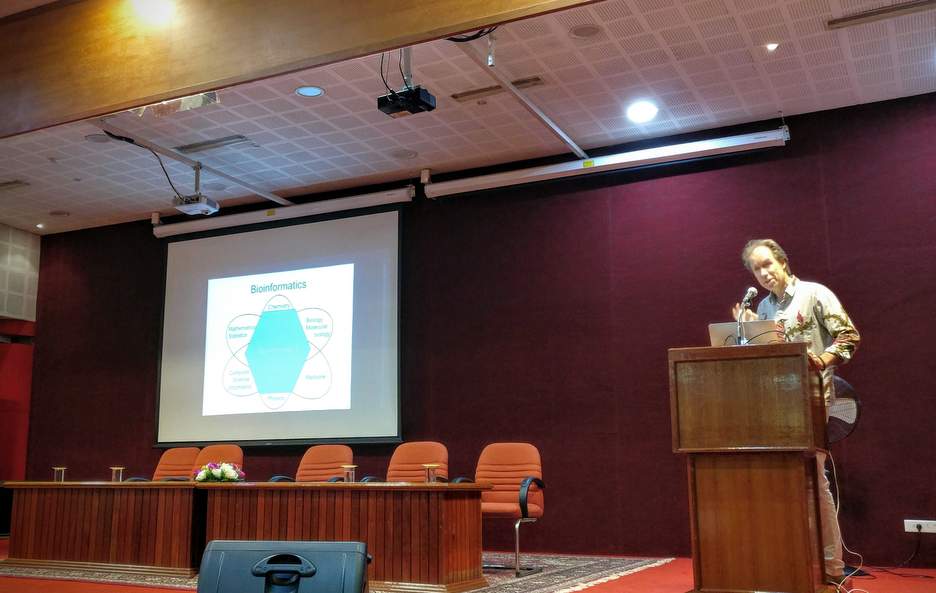 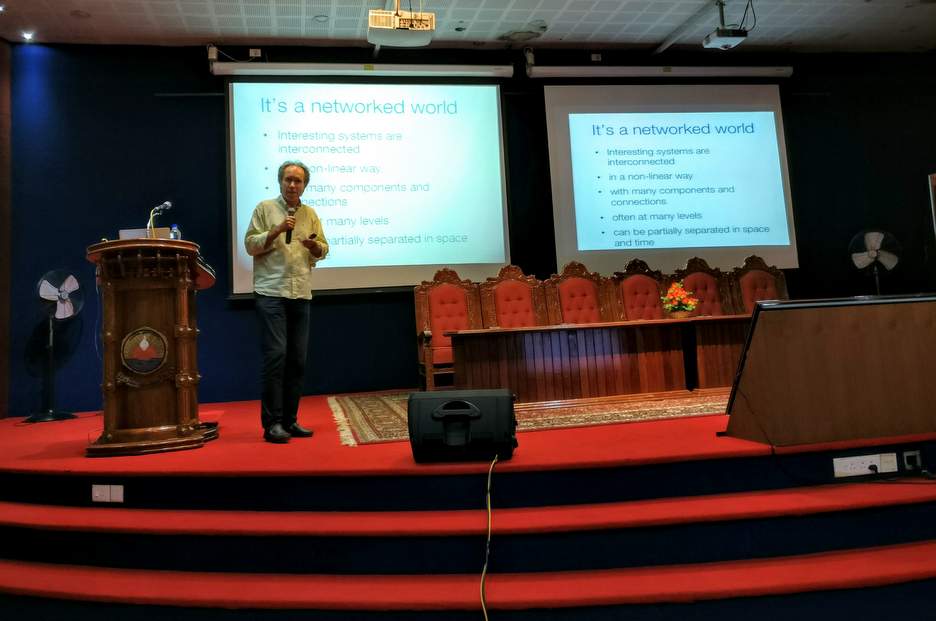