Honors for Department of Periodontics

In the recently concluded mid-term conference of Society of Periodontologist and Implantologist of Kerala (SPIK) during December 8, 2013 at Trichur, Drs. Keerthy S. Menon and Reshma Suresh, postgraduate scholars in the Department of Periodontics at the Amrita School of Dentistry won first and second prizes respectively for their paper presentations.

The conference had paper presentations in three categories viz., research, review and case presentation. Both the scholars won prizes for their papers in research category.

Her paper highlighted the significance of calcium and vitamin D supplementation in patients with periodontal disease.

“Vitamin D has classically been known as a bone hormone. Evidence has demonstrated that vitamin D deficiency may place subjects at risk for not only low mineral bone density, osteoporosis and osteopenia but also infectious and chronic inflammatory diseases like periodontitis, ” elaborated Dr. Keerthy.

The second prize winner, Dr. Reshma, presented the significance of serum sialic acid as a biomarker for the progression of periodontitis (gum disease) and diabetic status of a patient.

Her paper was titled Comparison of Serum Sialic Acid Levels in Chronic Periodontitis with and without NIDDM after Non-surgical Periodontal Therapy – A Clinicobiochemical Study.

Biomarkers or biological markers are indicators of a medical state or certain medical signs which can be measured accurately.

Apart from these recent achievements, Drs. Keerthy and Reshma had won several accolades before.

Dr. Reshma secured first and third prize for her poster presentations in the SPIK 2012 and 2013 conferences held at Cochin and Kottayam respectively. 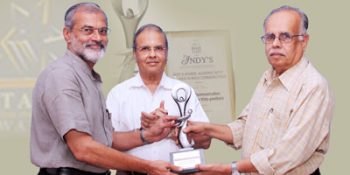 The Amrita School of Communication (ASCOM) recently received Indy’s Award for having the best ... 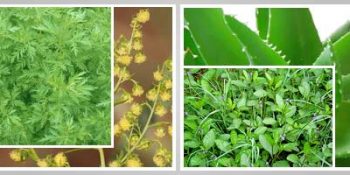 The World Health Organization recognizes the existence of some 20,000 medicinal plants on this ... 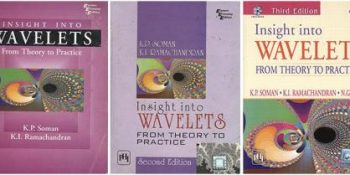 Amrita Center for Excellence in Computational and Networking (CEN) released the 8th print of ...