HomeNewsHormones and Chemicals Linked with our Emotion
Navigation

Hormones and Chemicals Linked with our Emotion 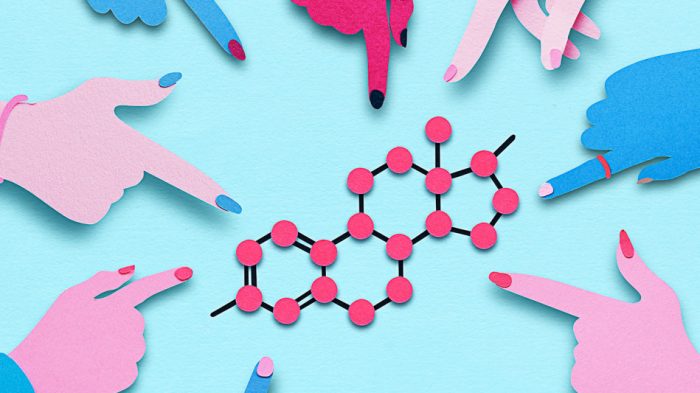 Emotions are very complex and have different meanings to different people, but essentially, emotions are a conscious experience that are categorized by states of mind, external and internal reactions, and expressions.

Emotions are not really made out of anything, but how we feel emotions can be described. Emotions come from the arousal of the nervous system. Millions of chemical reactions take place in the brain at any given time. Chemical reactions occur because of synapses. Synapses are parts of the nervous system, and it is through these that neurons are able to transmit messages using neurotransmitters.

Emotions are typically measured in physiological responses, such as a pounding heart, sweating, blood rushing to the face, and the release of adrenaline. Expression is also a major part of emotions. Expression is associated with parts of the nervous system such as the motor cortex, limbic system, and the brain stem. The parts of the nervous system that affect emotion the most are the frontal lobes and the amygdala. The frontal cortex is usually associated with feelings of happiness and pleasure. The amygdala is usually associated with feelings of anger, fear, and sadness.

We experience a variety of emotions throughout the day. Mostly, these emotions are transient in nature. But, when these emotions become intensely negative or are unremitting they can dramatically affect our biochemistry and behaviour.Certain brain areas and the presence of levels of different chemicals in your brain controls emotions. For example, if we are in danger, our brain releases stress hormones that can initiate fight or flight reactions by flooding certain regions with the neurotransmitter epinephrine (adrenaline). When the danger subsides, our brain inhibits the stress response by sending out a calming signal in the form of chemicals.

Hormones and chemicals keep the body working normally. Listed are a few of them and how their balance affect the way our moods, emotions and stresses are triggered.

“This article is authored by Dr. Mangalam Ramanathan , Chairperson & Professor, Department of Chemistry, School of Arts and Sciences, Amritapuri