Tuberculosis is one of the most infectious diseases and is caused by various strains of Mycobacterium, usually Mycobacteriumtuberculosis. It has an unusual, waxy coating on its cell surface. They are primarily a pathogen of mammalian respiratory system infecting the lungs leading to the death of 9 million people across the world.

Dr. Sunitha De Sousa, the Director of SD Consulting, Bangalore addressed the students and faculty of Amrita School of Biotechnology on August 11, 2015. She was formerly at AstraZeneca as Associate Director (Infection Strategy) and Manager of External Collaborations where she was actively involved in drug designing. She gave the talk on repurposing the existing drug, oxazolidinone for the treatment against tuberculosis.

Oxazolidinone, the drug used for the treatment of Staphylococcus aureus, was repurposed for the treatment against tuberculosis. It binds to the 50S ribosome subunit and blocks the initiation of protein synthesis. During the experimental course it was proved that the drug was bactericidal against the intracellular bacteria. Preclinical trials in animal models were done to confirm its safety, followed by the clinical trials. The drug passed the phase 1 and phase 2a clinical trials of the drug discovery process where the safety and efficiency was confirmed.

The promising efficiency of drugs in all age groups is yet to be confirmed. If the oxazolidinone drug is brought to the market, it can offer a promising addition to future combination regiments. The drug is generally safe and well tolerated at predicted efficacious doses. The work is still going on with phase 2b trials.

In summary, the talk was really interesting as it paved an insight into the actual drug development process which improved our understanding of what a pharma industry really does. 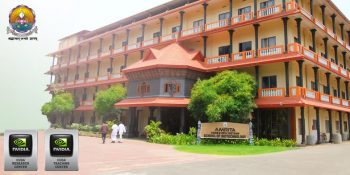 Amrita Vishwa Vidyapeetham will now be able to access new technology after being named a CUDA ... 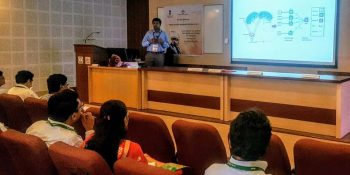 Dr. Shyam Diwakar presented ongoing work on C​omputational ​N​euroscience and his comments on ...