Amrita Vishwa Vidyapeetham is proud of the fact that its graduates are routinely recognized in the workplace for their stellar performances. This time it was Sharat Chandran’s turn. A graduate of the Amrita School of Business, he joined HCL Technologies in 2008. After two years, Sharat was selected to receive the prestigious HCL-O2 award.

“This year, the top 3.6% of the workforce was honored,” he stated, sharing details of his recognition.
“The O2 League is a system created by HCL to recognize and reward outstanding performers. The league constitutes employees who show remarkable accomplishments for two consecutive years. They are recognized as top drivers for change.”

As Associate Manager for Business Development in the Enterprise Transformation Division, Sharat contributed substantially, providing sales support for the US market.

In addition, he worked on new business acquisitions in upcoming geographical regions like the Middle East and South Africa.

Sharat graduated with a B.Tech. degree in Mechanical Engineering from the Amrita School of Engineering, Coimbatore, after which he worked in the Industrial Valves Division of Larsen & Tourbo Ltd. in Chennai.

After completing a couple of years in their Sales and Marketing division, when Sharat decided to enroll for an MBA program, he returned to his alma mater to join the Amrita School of Business.

Earlier Sharat’s sister graduated from the Amrita School of Engineering with a B.Tech. degree in Computer Science. His wife also studied at Amrita, albeit at the Bangalore campus. “Amrita played a role not only in shaping my life; it has influenced my entire family,” stated Sharat, with pride. “My young cousins are also lining up to join Amrita in the coming years.”

Could he share more about what he learned at Amrita?

“The 4Ps of management — Passion, Patience, Perseverance and Principles – have appealed to me. I have tried my best to practice them at work and at home.”

“I have seen these being practiced everywhere on the Amrita campuses.”

How did he feel about his saga of success?

“To be honest, I am happy to receive this award, yet at the same time I am cognizant of the fact that this is not the ultimate that one can achieve. It is definitely a motivator to pursue bigger challenges.”

“I seek our Chancellor Amma’s blessings for the strength and courage to aspire to higher goals and make a bigger difference.” 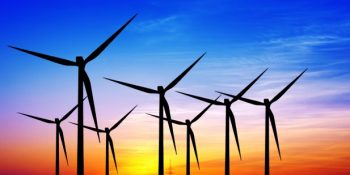 Amrita School of Engineering, Coimbatore Campus organized a workshop on Topics in Engineering ...