“Devastating catastrophes such as Chernobyl disaster and Bhopal gas tragedy were nothing but engineering failures the likes of which could be avoided today, to a certain extent, with the technology capability that we have in the study, Advance Detection and Prevention of Failures” according to eminent scientists of the Indira Gandhi Centre for Atomic Research (IGCAR), Kalpakkam.

Prevention and Control Measures against Corrosion in different situations were presented in detail by Dr. M. G. Pujar, IGCAR.

Dr. P. Parameswaran, Programme Leader, Structure-Property Correlations, MSSCD, Physical Metallurgy Group, IGCAR, spoke on Mettallography and Micro Mechanisms. “Understanding the micro-structural degradation has become essential and systematic structure-property correlations are carried out on chosen materials for engineering applications,” he shared. He explained in detail the possible hazards from changes in micro-mechanisms and the preventive steps that can be taken in power plants.

The seminar was attended by experts, chief academicians and research scholars from engineering colleges, scientists and engineers from R & D organizations and industries. 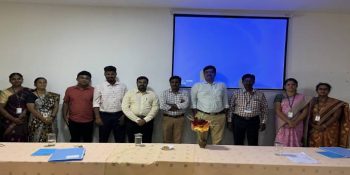 AMRITA IQAC Support for Board of Studies & Academic Advisory ...

Conversation with a Retired IPS Officer