Starting the rehabilitation work in UK 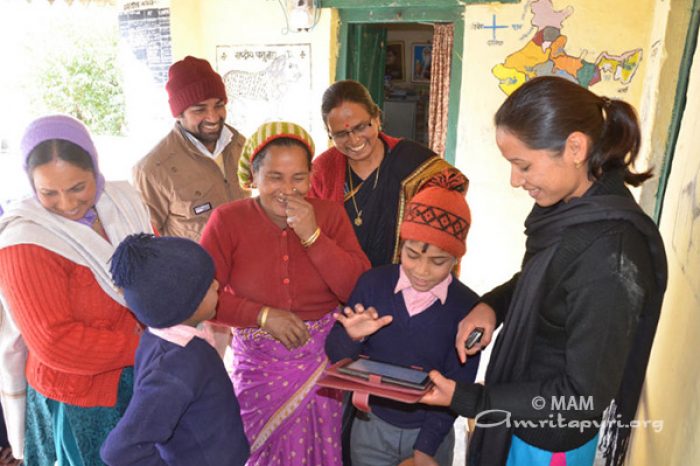 On 29 Dec I have left the relative comfort of Rishikesh to document the relief work of Mata Amritananda Math in the Kedar Valley of the Himalayas. The area was devastated by flooding in June of 2013 (All News). Amma immediately sent a medical van from Kerala and now is beginning construction of 500 houses in the region plus other long term support for education and vocational training.

The hills here are not solid rock and in a good year, parts will slide from the hillsides into the river below. This year, the damage was massive. As we turned north into the Kedar Valley from Rudrapryag, the scale of the road damage increased. The main highway is restored with temporary dirt/mud roads across the slide areas. Re-enforcing these areas is only just beginning and I fear most will slide into the river again with the next monsoon.

The river here is not that large, but there is a huge, wide swath of rocky debris where it has swept away houses, businesses, and productive farm land. I can only photograph the edges where half a house still stands and the rest was washed away. You must multiply the damage you see by 1000 times or more.

Above the flood areas, things look fairly normal. Villages are active,
shops are stocked. Buses, trucks and jeep taxis share the one lane washed out roads with people, donkeys, and cows, all with incredible patience and skill. What is missing are the tourists and the entire economy they brought with them. Most tourist lodges where near the river and are swept away. One new hotel near where we stay opened in May and was a pile of rubble one month later.

The river also gives back. It is now a source of free rock, free sand, and free wood. An army of laborers is carrying it on their backs to higher ground. Many have come from Nepal for the work and live in temporary camps. Mules are everywhere.

And so I will show you photo after photo of the most beautiful landscape with a band of grey destruction running though the middle, landslide after and slide patched with a temporary road, and scores of half houses. But most life gives them day by day with incredible grace.

I thank Amma every day for this incredible opportunity to witness the work she is doing. 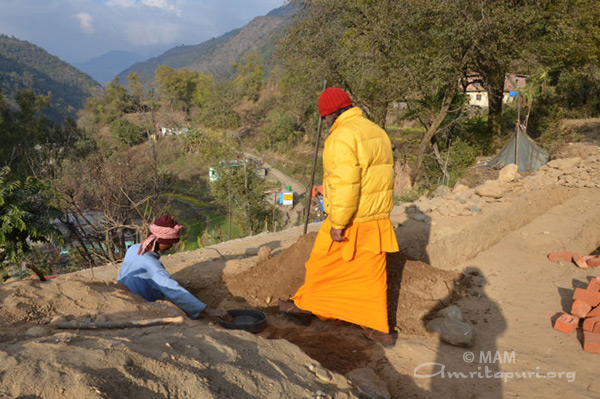 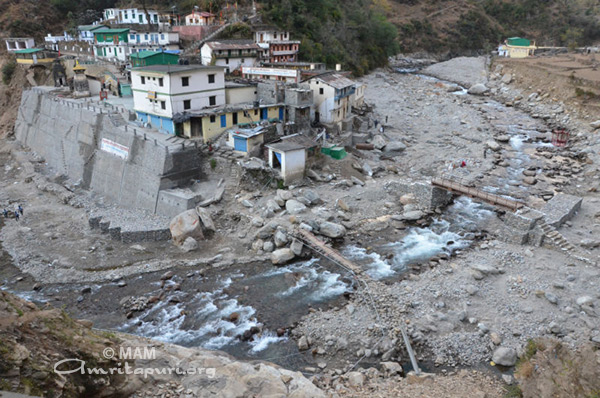