One of the procedures was the world’s third and Asia’s first successful shoulder-level full-arm transplant.

Two men from different countries have successfully undergone bilateral hand transplants at Amrita Hospital in Kochi. Amaresh, 25, is from Karnataka and Yousif Hasan Saeed Al Zuwaini, 29, is from Iraq. The surgeries were led by Dr. Subramania Iyer and Dr. Mohit Sharma, professors with Amrita School of Medicine and surgeons with Amrita Hospital.

Both patients lost their hands in electrical accidents and received limbs harvested from donors who were victims of fatal road accidents in Kerala. Though Amaresh and Yousif hail from different backgrounds, they now have many things in common—including a new lease on life thanks to the kindness of strangers.

Amaresh’s surgery included a rare shoulder-level full-arm transplant, with his being the third in the world and the first in Asia. He was a junior power man working with Gulbarga Electricity Supply Company (GESCOM) in Yadgir, Karnataka. In September 2017, he was repairing a charged electrical cable and suffered a severe shock.

His hands sustained multiple fractures and burns, and he was rushed to hospital where doctors had to amputate both his hands to save his life. While the right hand was amputated at the elbow, Amaresh’s left hand had to be severed at the shoulder level.

After struggling for many years with a life without hands, Amaresh approached the hand transplant team of Amrita Hospital, Kochi. In September 2018, he registered as a recipient in the Kerala Network for Organ Sharing (KNOS) and began his long wait for a suitable donor, praying for a miracle.

In January 2022, a 54-year-old man’s family readily agreed to donate his organs after a fatal road accident. Vinod, who was working in the Middle East, was visiting his home in the Kollam District, Kerala. Tragically, his motorcycle collided with a bus and he suffered a serious head injury. He was admitted to the Government Medical College in Thiruvananthapuram, but despite best efforts of doctors, he could not be revived and was declared brain dead on January 4th.

Amaresh was rushed to Amrita Hospital on January 5th after Vinod’s hands were prepared for transplantation. A team of 20 surgeons and 10 anesthetists successfully transplanted both the limbs in a marathon surgery that lasted 18 hours.

“It was a very complicated operation. The higher the level of amputation, the more challenging the hand transplant becomes. There are profound technical issues in a shoulder-level transplant, especially fixing the donated upper limb to the shoulder of the recipient,” said Dr. Iyer, who is the Professor & Head, Centre for Plastic & Reconstructive Surgery at Amrita Hospital, Kochi.

“Amaresh’s surgery was successful. There was a problem with the blood supply to the upper limb, which we could solve only with two subsequent procedures. Finally, the patient was discharged three weeks after the surgery.”

Said Amaresh: “When I lost both my hands at such a young age, I couldn’t come to terms with reality. It was a devastating loss from which it was impossible to recover. My life as I knew it came crashing down. Getting a new pair of hands seems like a dream to me. God has finally answered my prayers. I eagerly look forward to the day when I will feel the first sensation in my hands and be able to move my fingers.”

Amaresh thanked the doctors of Amrita Hospital for giving him a new lease on life, as well as Mr. T. Shreenivasa Yadgiri, Deputy Secretary of GESCOM and Assistant Treasurer of KPTCL Employees’ Union 659 for his continuous support. Amaresh’s surgery was funded jointly by GESCOM, Yadgir division and KPTCL Employees’ Union.

The story of Yousif Hasan, an interior construction worker from Baghdad, is equally poignant. The father of two daughters met with an accident in April 2019 when he was drilling a wall. The driller unexpectedly came into contact with a concealed high-voltage cable, electrocuting him instantly.

He was rushed to hospital, where doctors had to amputate both his hands from the elbow to save his life. It was a devastating turn of events for Yousif, the sole breadwinner of his family. Six months after the accident, he arrived at Amrita Hospital in Kochi to know more about the hand transplant procedure.

“I had heard a lot about Amrita Hospital from doctors in Iraq as one of the few hospitals in Asia where hand transplants are conducted. They were my only ray of hope of getting my life back,” Yousif said. In July 2021, he registered with KNOS as an organ recipient. The news he was waiting for came in February 2022.

Ambily, a 39-year-old woman hailing from Alappuzha in Kerala, met with a traffic accident. She was rushed to Amrita Hospital in Kochi where she was declared brain dead. Her family readily agreed to donate her organs for those in need. On February 2, 2022, Ambily’s hands were successfully attached to Yousif in a 16-hour surgery, also led by Dr. Iyer and Dr. Sharma.

“Both the hands had to be fixed at the forearm level. Some blood vessels were difficult to connect to. This was solved by using grafts. The patient was discharged three weeks later and is doing fine now,” explained Dr. Iyer.

“This is like a second birth for me. I look forward to leading a normal life. It was devastating for me to lose both my hands even before my 30th birthday. I see a ray of hope now that I will be able to provide for my family and take up a job again. I thank the doctors of Amrita Hospital from the bottom of my heart,” said Yousif.

Dr. Sharma, also a Professor with the Centre for Plastic & Reconstructive Surgery at Amrita Hospital, Kochi, added: “Both the patients need to take immunosuppression lifelong so that the new hands are not rejected by their body. It will take time for the nerves to grow and function. They also need to undergo intensive physiotherapy, including muscle stretching, for another year before they slowly start regaining function of their transplanted hands.

“Amaresh has a high-tension electrical burn injury with severe nerve and vessel damage. His recovery is likely to be slower and function has to be evaluated over a period of at least 2-3 years to determine the functional outcome.” 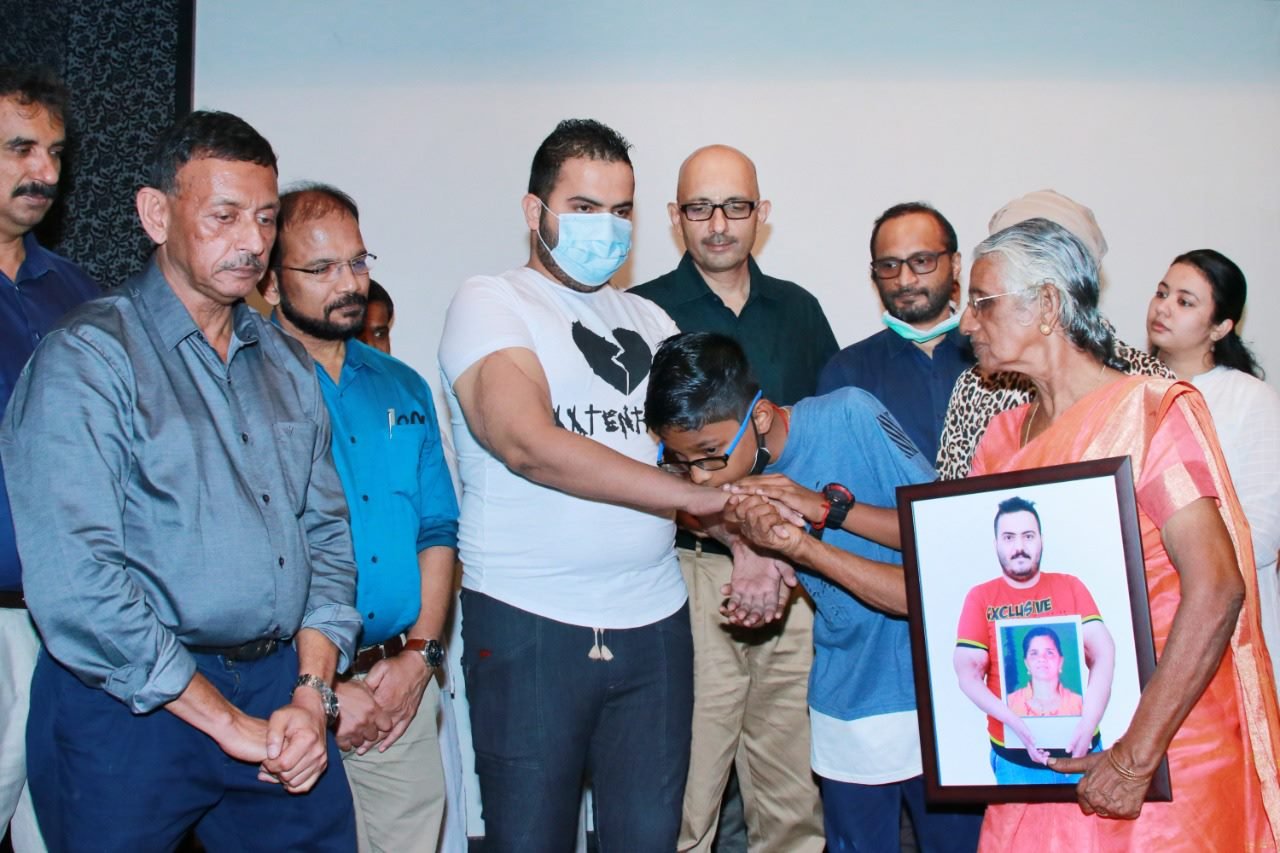 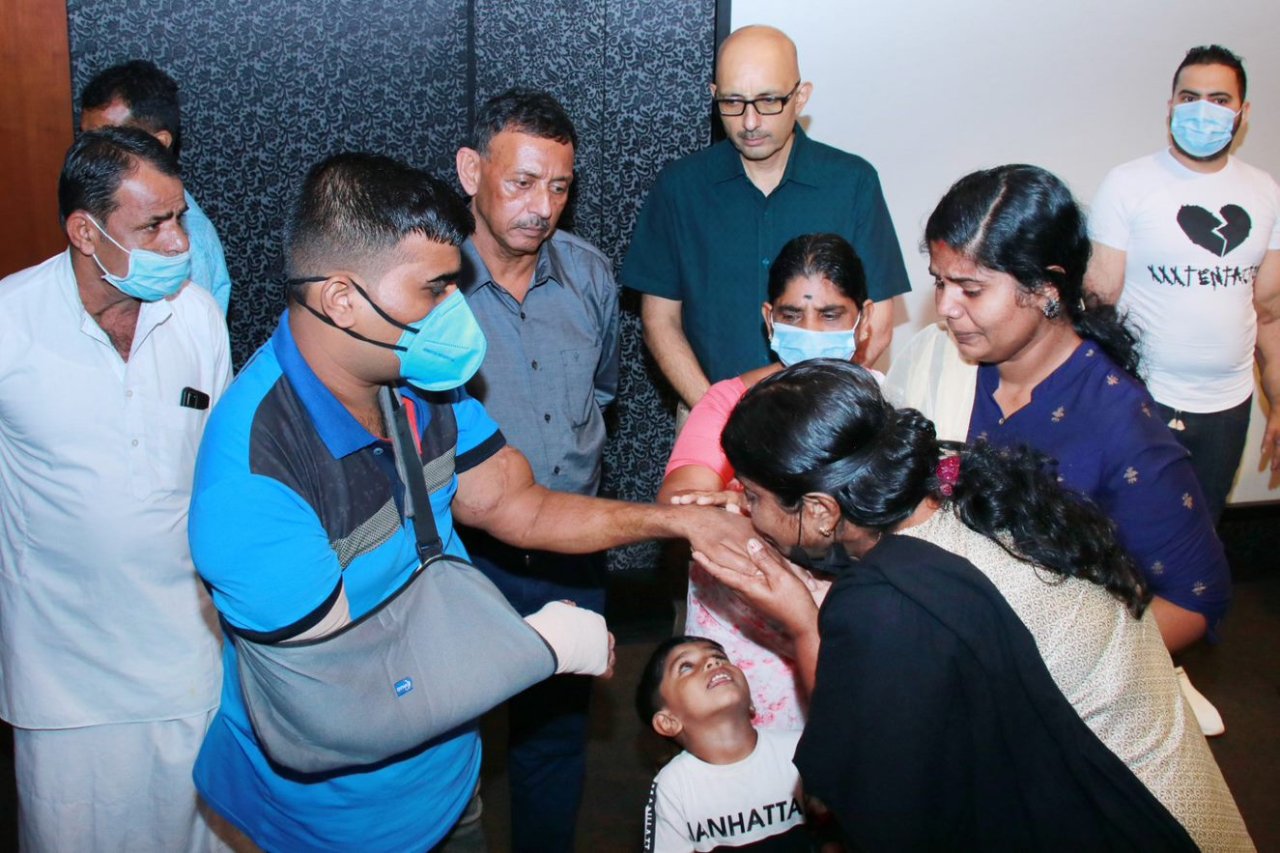 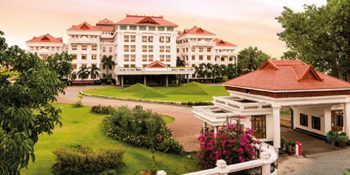 This is to inform all that, The S1 M.Tech AI regular classes in the campus will ... 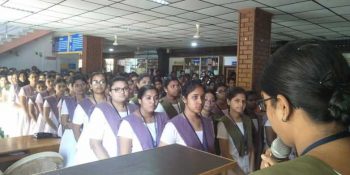 The 150th birth anniversary of Mahatma Gandhi was observed in October 2019 at Amrita School of ... 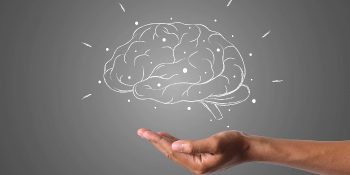 Over 200 Pre-University students from more than 20 colleges in Mysuru, participated in Brain Bytes ...