It is grown in over 80 countries all over the world. In India, the coastal states of Kerala, Tamil Nadu, Andhra Pradesh, Karnataka, Maharashtra, Orissa and West Bengal are home to the ubiquitous coconut tree.

The Amrita Department of Social Work at the Amritapuri campus recently teamed up with the Coconut Development Board (Ministry of Agriculture, Central Govt. of India) to organize a training program for members of the Coconut Producers Society in Kerala.

Over 60 members of the Society participated in the three-day program.

“We have to reduce the use of chemical fertilizers that destroy the soil over the long term,” announced Dr. C. O. Hemalatha, Principal Agricultural Officer, Kollam, during the inaugural address.

“Organic fertilizers hold moisture and nutrients, promote the growth of microorganisms in the soil and support healthier root development,” she said.

Other sessions including those by Ranjith K. of the Amrita Department of Social Work, Anitha Kumari of the Central Plantation Crops Research Institute and Jayanath R. of the Coconut Development Board, Kochi, offered several suggestions on how to improve productivity and enhance incomes.

“Value added products such as coconut oil, milk powder and virgin coconut oil can be made from products of the coconut tree. For example, vinegar made from coconut water is better than vinegar made from petroleum products. Currently, such products are only manufactured by private companies, without involvement from farmers. They should come forward, take up the responsibility to make these products; this will also help increase profits,” stated Mr. Jayanath R.

Along with these practical suggestions on how to improve their livelihoods, participants also received valuable instructions for life, as they participated in yoga and meditation sessions on all program mornings. In addition, lessons on leadership skills, motivation and team work were interspersed throughout the program.

“We have traditional knowledge, but do not posses technical and scientific skills. Hence this program that helped us appreciate the traditions, but also helped us understand what we didn’t know, was very useful,” shared participant Somanathan G.

“Some of us know how to do, but not how to explain. This program helped us improve communication skills and also gain knowledge about appropriate farming methods,” shared another participant, Arjunan K.

Although the coconut finds many domestic and commercial uses, most coconut farmers today face difficult times due to low yields and falling prices.

“The feedback to the training program was tremendous. We have now completed one more such program, and have several more planned during the forthcoming months,” stated Rajeev M.M. of the Amrita Department of Social Work.

Perhaps in one of the forthcoming sessions, the members of the Coconut Producers Society in Kerala will also learn about and test an Amrita innovation – a robotic coconut climber(link is external) that will make their jobs easier. 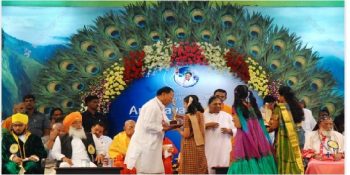 The Union Government is framing a National Mission on Information and Communication Technology ... 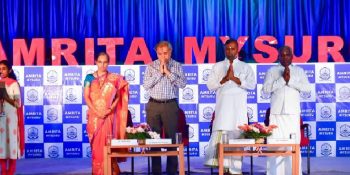 A bird’s eye view Years spent on the college campus are evergreen and the most cherished ones ... 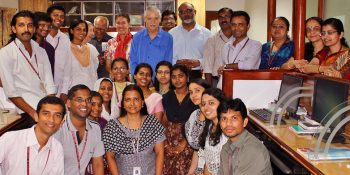