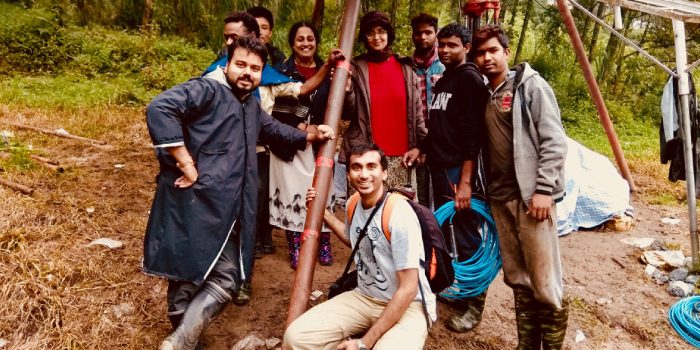 The Amrita Center of Wireless Networks and Applications (AmritaWNA) has received two more patents for its work in energy management systems—one from the US and one from India. The first is to support microgrid power systems in small communities. The second is to maintain electrical supply for landslide detection units.

The overarching focus of the work is to develop infrastructure for reliable access to electricity in rural India. Approximately one third of India’s 600,000 villages do not have power supply at all. And then, many villages that do experience constant disruptions—sometimes days long—which makes the systems unreliable.

The new American patent is for a microgrid power system that focuses on supporting access and use of electricity at the best level of efficiency. As such, it is aptly titled: “Using Cyber-Physical System-Enabled Microgrid System for Optimal Power Utilization and Supply Strategy”.  Its number from the United States Patent and Trademark Office is: US20190295192.

Professors Dr. Aryadevi, Dr. Maneesha Ramesh, and Dr. Venkat Rangan led the team who developed the system. AmritaWNA has already established several microgrid projects from which this latest patent emerged. The base is AmritaSphuranam, a sustainable development initiative to provide electricity in rural India.

A microgrid is a local energy system consisting of distributed energy sources, storage, and loads. The microgrids are capable of operating in parallel with or independently from the area’s main electrical grid. Amrita’s new patent includes a system that has a smart meter to more accurately monitor supply and usage.

The aspect of “cyber-physical” is a relatively new concept that combines digital processes with external elements. It is developing worldwide, as the system contains tremendous potential for economic and societal support.

In the case of AmritaWNA’s latest patent, the use of cyber-physical minimizes mismatches between electrical demand and generation. In rural India, this helps to prevent loss of power supply, theft of electricity through supply chains, and maintain appropriate billing charges for customers.

The new patent in India addresses support for landslide detection systems by maximizing their power supplies. They use batteries and thus, the utilization of effective energy management becomes one of the most important challenges in realistic design.

Professors Dr. Rekha Prabha and Dr. Maneesha Ramesh were granted the patent which is titled: “Adaptive Energy Management System and Method for Real Time Landslide Detection”.  The patent number for their invention is 369608.

“In our research work, we have devised a set of adaptive energy management algorithms for enhancing the lifetime of a sensor-based network for landslide prediction. The algorithms are derived based on sensor-specific thresholds and are determined based on the extensive analysis of the data collected by a real-time system deployed in both the Western Ghats and the Himalayas,” said Dr. Prabha.

“Since the invention helps to enhance the system’s lifetime without affecting its reliability, it plays a key role in saving lives by preventing the abrupt shut down of the system due to the lack of power.”  AmritaWNA started its real-time landslide detection system in Idukki, Kerala in the Western Ghats in 2009. Its wireless sensor-based networks are considered more accurate than the rainfall threshold model commonly used. In 2018, AmritaWNA’s second system was installed in the Sikkim-Darjeeling belt in North India, a region at the highest risk of landslides in the country and a top location globally.

The landslide detection systems collect continuous data from their sensors, perform basic analysis at their respective Field Management Centers, and then relay that information to the Data Management Center at Amrita Vishwa Vidyapeetham’s Amritapuri campus.

The systems have succeeded in delivering warnings to communities of impending landslides many times over the years and saved countless lives. 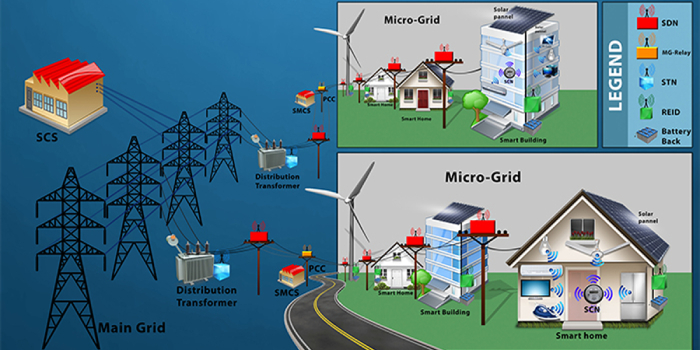 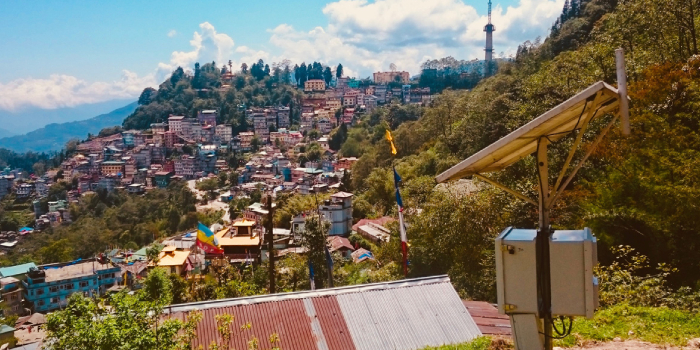