AmritaCREATE conducted workshops on Online Labs in Andhra Pradesh on 23rd and 24th of June, 2016. More than hundred teachers from rural schools were trained during these two days.

The training program started at Zilla Parishad High School, Narakodur on 23 June, 2016. The first day session was attended by Physics teachers. In the demo session, Rathnam Chenthamarakshan, Project Manager, AmritaCREATE, gave a brief introduction of Online Labs and explained some of the experiments such as ‘Bell Jar Experiment’ and ‘Force required to move a wooden block’ to the participants. This was followed by a hands-on session where participants had the opportunity to test and explore the system themselves.

On 24 June, 2016, Online Labs training program was conducted at Zilla Parishad High School, Medikonduru. This session was organized for Biology teachers. After the training session, Online Labs CDs were provided to the participants.

Since most of the teachers participated in the training program were coming from rural schools, they showed a keen interest on exploring the contents of Online Labs during the hands-on session. Some of the teachers expressed their concern of not having a proper science lab and lab equipment during the interactive session. At the end of the session, the participants agreed on the fact that Online Labs offer a platform that helps to supplement the conventional practical laboratories. 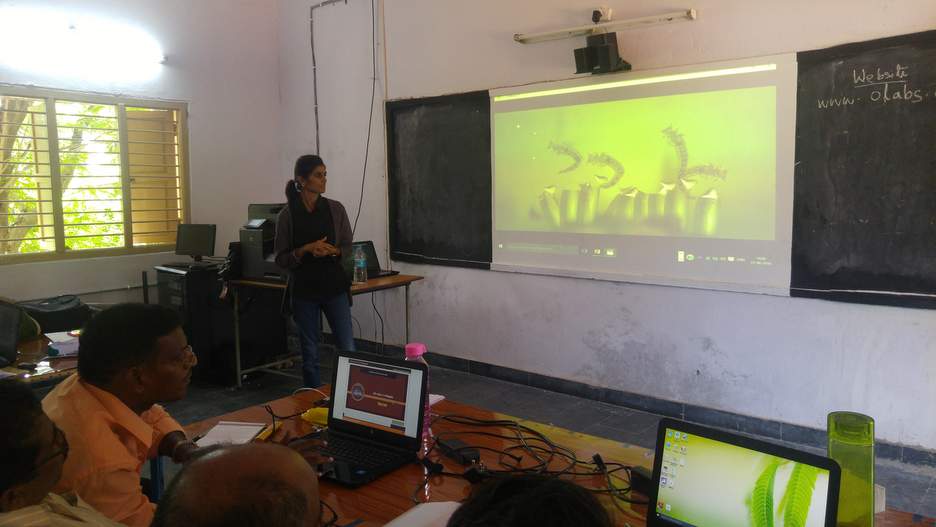