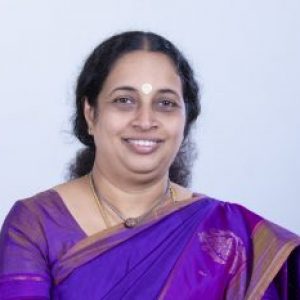 In 2019 and 2020, Stanford University, USA has ranked Dr. Maneesha, as one among the global top 2% scientists in the Networking & Telecommunication field, for the quality of her research. As one of the world’s leading scientist, she has carefully combined interdisciplinary domains of internet of things, meteorology, hydrology, geology and data science to build world’s first AI integrated IoT based landslide early warning system under the direct guidance of Amrita Vishwa Vidyapeetham’s Chancellor, Sri. Mata Amritanandamayi Devi. Her extensive work in multi-disciplinary areas such as internet of things, wireless networks, wireless sensor networks, ML & AI, and sustainable development, successfully applied on thematic areas such as disaster management, water sustainability, healthcare applications, energy sustainability and education access, has provided direct contribution for societal development.

Dr. Maneesha’s extensive work in provisioning sustainable solutions through Live-in-Labs®️, a multidisciplinary experiential learning program, for 108+ communities adopted by Amrita Vishwa Vidyapeetham and its parent organisation MA Math, has led to Amrita University being the only university in India to have an UNESCO Chair on Experiential Learning for Sustainable Innovation and Development. She is also the Program Head for ‘Jivamritam’, a purified clean drinking water initiative, to install clean drinking water solutions in 5,000 villages to provide clean drinking water to over 10 million people throughout India. She is also an inventor of low power wireless Remote ECG wearable devices and invented a revolutionary new communication network for fishermen, that can be used by them, upto a distance of 120 KM when at sea. Her work in landslide disaster management has recently brought accolades to Amrita Vishwa Vidyapeetham. The International Program on Landslides has declared Amrita as “World Center of Excellence on Landslide Disaster Risk Reduction 2020-2023” at their World Landslide Forum, Kyoto, Japan. In her role as the Dean of International programs, she has been able to sign more 200+ Memorandum of Understanding with world’s top universities and thus brought Amrita University to forge extensive international academic and research collaborations in several areas of research at Amrita.

Research & societal development being her primary focus, she is presently guiding more than 18 PhD students to mould them as India’s young scientists of the future, who she inspires to work towards the betterment of society by understanding and studying societal needs.

International Symposium on Educational Pedagogies and Technologies for Sustainable Development 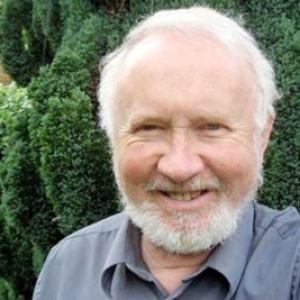 Prof. Ian Davis, an architect, artist, writer, and academic, has worked continually in Disaster Risk and Recovery Management since 1972. He wrote the first book on Disaster Shelter and was the lead consultant in the first set of UN Guidelines on Shelter following Disaster. He is the author, co-author, or editor of sixteen books on disaster-related topics. In 1996 he was awarded the UN Sasakawa Award for his ‘contribution to International Disaster Prevention’ Currently Ian is Visiting Professor at Universities in India, Sweden, Japan, Australia, and the UK.

Prof. Ian Davis served as the Principal Lecturer at Oxford Polytechnic (now Oxford Brookes University) from 1971 to 1989. He also taught Urban Planning, Shelter and Settlement, and Landscape Painting from 2002 to 2013 in the Byron Fellowship Summer Schools held in Indiana and North Carolina, USA. He became the first Professor in the Disaster Preparedness Centre of Cranfield University from 1998 to 2006. From 2003 to 2021 Prof. Ian Davis taught Ph.D. and Masters Courses in Barcelona, Copenhagen, Coventry, Kyoto, Lund, Oxford Brookes, and the University of Westminster.

Since 1972 Prof. Ian’s primary academic work has been in Disaster Risk and Recovery Management, as an academic, author, researcher, consultant, NGO Board member, and advisor to Governments and UN Agencies. He wrote the first Ph.D. on Disaster Shelter at University College London (UCL) from 1972 to 1985. He wrote the first book on ‘Shelters after Disaster’ (1978), coordinated the first UN Guidelines on ‘Shelter After Disaster’ (1982), and edited the Second Edition (2016) for the IFRC. He co-authored ‘At Risk, PeoplesVulnerability to Disasters (1994) and Second Edition (2004) In 2015 he co-authored ‘Recovery from Disaster’. He is the author, co-author, or editor of 16 books and over 90 articles on disaster/development-related fields

In 1996 he became the first UK citizen to receive the UN Sasakawa Award for his ‘International Contribution to Disaster Prevention’ In 2004-5 he was part of the working group convened by the British Government’s Chief Scientific Officer to advise Prime Minister Tony Blair as he hosted the 2007 G7 Summit Meeting. From 2009 to 2012 he was part of the international working group on the Independent Panel on Climate Change (IPPC) integrating Disaster Risk Reduction with Adaptation to Climate Change Ian’s career path is summarised in the following publication: ‘The Contribution of Ian Davis to Disaster Risk Management 1972-2021 (Second Edition) January 2022 Experience Learning Series 78 All India Disaster Mitigation Institute (AIDMI).

Dr. Ian has also been the Board Member of 5 NGOs: Tearfund, INTRAC, The Safe Trust, and The Davis Trust, and in 1979 became a founder Trustee of Traidcraft, one of the UK’s first Fairtrade Organisations. 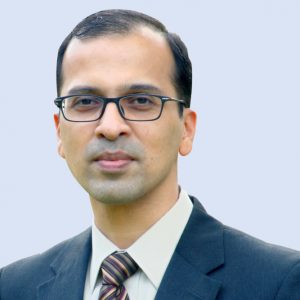 Dr. Yogesh Velankar earned his Ph.D. in Engineering Education from Purdue University, USA; a unique and first of its kind doctoral program in the world. He holds a M.S. in Electrical Engineering, and M.Ed. in Mathematics Education as an Instructional Specialist, both from The University of Texas at El Paso, USA. His B.E. is in Electronics and Telecommunication Engineering from Mumbai University, India. Dr. Velankar has also held high school Mathematics Teacher Certificate in the U.S., and is a Six Sigma Green Belt holder. Dr. Velankar is an All India Council for Technical Education (AICTE) empanelled expert on India’s National Education Policy (NEP) 2020.  AICTE has also nominated Dr. Velankar as a Margdarshak (i.e. Mentor), with an aim to mentor and enable Technical Education Institutions to achieve Accreditation by National Board of Accreditation (NBA) and enhance the quality of technical education.