A Workshop on Amrita Online Labs at PGM School Pandalam

A workshop for the Amrita Online Labs project (OLabs) was held at PGM Boys and Girls’ High School, Pandalam, Kerala on the 6th February 2015. Thirty-nine Science teachers from the school participated and had a unique opportunity to experience the virtual labs through a demonstration organized by AmritaCREATE.

Amrita Online Labs, which was developed with the aim of bridging the gap between well- equipped urban schools and remote and deprived rural schools in India, are offered free of charge and have been recommended for use at all CBSE schools in India. Many rural schools in India do not have a science laboratory due to the lack of experimental materials and chemicals. Even in the case of urban schools, large class sizes preclude most of the students from doing the lab themselves or even seeing it properly demonstrated. In such circumstances, Online Labs allows students to repeat the experiment, as many times as they wish and includes simulators, animations and videos of the experiment for a better understanding.

The workshop started with a demonstration of real lab experiment by a PGM High School teacher which was followed by the demonstration of a virtual experiment showcased in OLabs by Rathnam Arun, AmritaCREATE team member. Later on, in the presentation session, Rathnam Arun gave a brief introduction to Online Labs and explained some other experiments to the participants. After the demo session, the teachers and the school officials were very excited to initiate the use of this new educational tool in the school’s science curriculum.

“Most of the rural schools in India do not have a good science lab as they cannot afford lab equipment and resources. For them, it is a good remedy as it helps to overcome the issue of having low lab facilities,” remarked by P. Anitha, one of the participants from PGM Girls’ High School.

A tablet session was also done by Rathnam Arun, Geethu S and Aswathy K.S of AmritaCREATE for the 1st and 2nd standard students of the school. The children were really excited to learn how to use tablets. 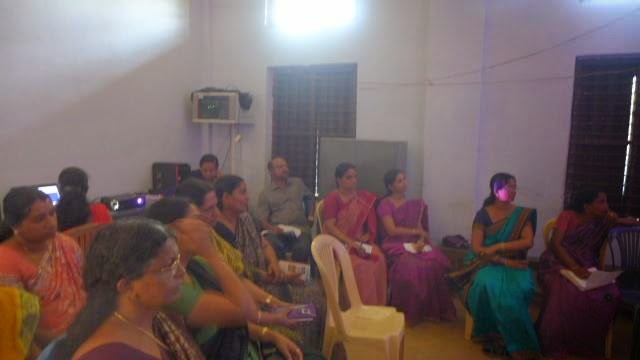 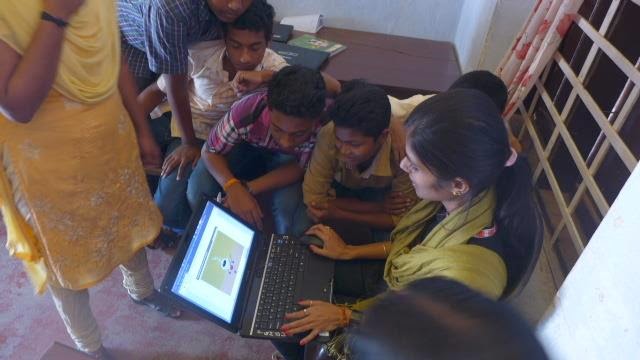 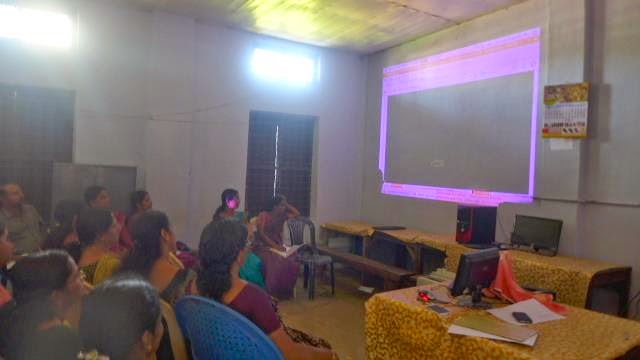