Amrita Vishwa Vidyapeetham enters into the quarterfinals of the South Zone Inter-University football tournament held at Amrita Coimbatore campus on 15th December, 2015. In a closely contested pre-quarter final match against Rayalseema University, Kurnool, Amrita won 5- 4 in a penalty shootout. Earlier the teams were locked at 1- 1 at the end of the stipulated time. 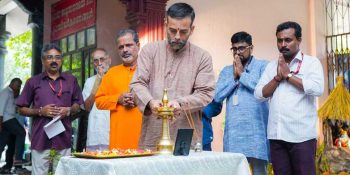 The World Sanskrit Day was marked on August 15, 2019, to celebrate the language of Sanskrit, a very ... 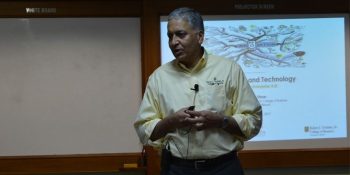 Colloquium on ‘Innovation and Technology Driving to Enterprise ...

A colloquium on the topic 'Innovation and Technology Driving to Enterprise 4. 0' was held at School ...