Amrita School of Engineering, Bengaluru organized a technical event, Techwiz,  for school students, as a part of Aarohan. Aarohan is exclusively conducted for school students to exhibit and enhance their talents in science and technology every year by the Amrita School of Engineering on the 10th and 11th of November, 2016.  The level of participation was astounding, more than 1500 students from 46 renowned schools of Bangalore attended.

Techwiz was conducted under the guidance of Dr. K. Deepa, Advisor, IEEE-PES&IAS Junior Student Branch Chapter, ASE, Bangalore.  The competition took place in three levels.  The first level was a simple puzzle. The second level was based on circuit arrangement. The third round was again circuit based.

The teams who made to the finals won a cash prize of Rs.10000, Rs.7000 and Rs.5000 respectively.  The hard work of the organizers made the event a grand success. The huge response was due to the untiring efforts put forth by the student members of the IEEE PES & IAS joint student branch chapter at Amrita School of Engineering, Bangalore. 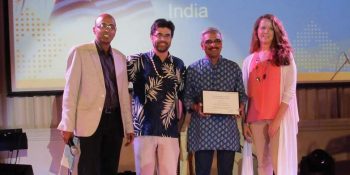 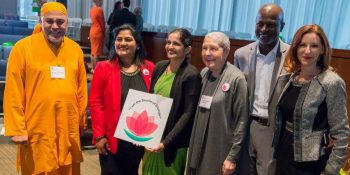 Compassion and Wellness at the Second Annual Global Empowerment ...

Prof. Rao R. Bhavani, Director of AMMACHI Labs, was a panellist and speaker at the Global ...