In connection with the National Youth Day celebrated nationwide on January 12 which commemorates the birthday of Swami Vivekananda, a program was conducted at Amrita School of Pharmacy on January 11, 2020. It is of great importance to spread Swami Vivekananda’s ideas and ideals among the youth in our country today. He personified the eternal energy of the youth and their restless quest for truth. The Government of India has declared January 12, the birthday of Swami Vivekananda, as National Youth Day, since 1984. To rekindle the eternal message of this great patriot and son of India, an event was conducted by the co-curricular committee of Amrita School of Pharmacy and B. Pharm. 2017 batch.

The program was initiated with a prayer, invoking the blessing of Lord Almighty, by the school prayer team. The lamp lighting was done by Dr. Sabitha M, Sri. Piyush G. and Ms. Swati Gupta as a symbolic gesture of removal of darkness and ignorance by light. The guest speaker, Sri. Piyush G. , was in  Government Service at  Panchayat Department.  He took a break from his Government job and joined the Vedanta residential course at the Central  Chinmaya Mission Mumbai to study Indian Philosophy, Bhagavad Gita and other Upanishads.

Sri. Piyush G. delivered a talk on the life and qualities of Swami Vivekananda, emphasising on the ‘questioning with how and why’. He continued the talk by recollecting the values and knowledge of Swamiji. The talk started with Swamiji’s famous quote, ‘Arise, awake.. stop not till the goal is reached’. He listed the life events of Swamiji wherein great empathy, wisdom, skill and concentration were shown.  Throughout his talk, the respect of Swamiji for women, his vision on women’s empowerment, his humility and his concentration skills were emphasized. The talk ended with the conclusion that the philosophy of Swamiji and the ideals for which he lived and worked could be a great source of inspiration for the Indian Youth Day.

To honour Swamiji, who was a great orator, an extempore competition was held afterwards. The event was judged by Dr. Sudheesh M. S., Dept. of Pharmaceutics and Ms. Anila, Dept. of Pharmacy Practice.  Students from all the batches participated in the event. Topics of current relevance involving youth were given to students five minutes prior to the competition. Topics like ‘good economy is based on good politics’, ‘corruption is the root cause for economic slowdown’, ‘agriculture and today’s youth’, ‘influence of current education system on students’, etc. were selected. It was a proud moment for Amrita School of Pharmacy as it was proven that our institution has students who have deep perspective about our current world and rational thoughts on reformation for the betterment of society. An intensive and competitive competition ensued in which Tanya Mathew of 2nd year B Pharm secured first prize and Jose D. Varghese of B Pharm 3rd year secured the second prize.

Prizes were distributed to the winners and all the participants were approbated for their will of courage. First prize was a book titled Your Life Without Limits by Nick Vujicic and the second prize was a book titled Life’s Amazing Secrets by Gour Gopal Das. The prizes were distributed by the guest Sri. Piyush G. The event officially concluded with the national anthem. 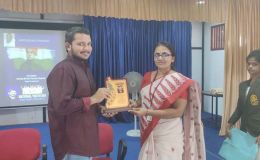 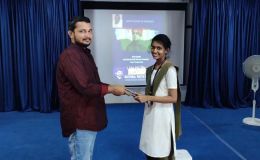 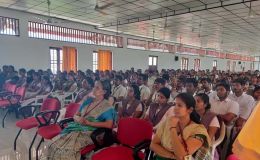 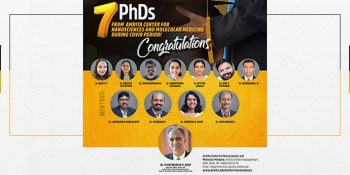 7 PhDs Produced by Amrita Nanoscience Center During the COVID Period

Despite the COVID pandemic, the Amrita Centre for Nanosciences and Molecular Medicine (ACNSMM), ... 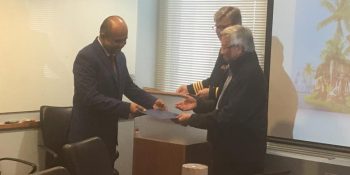 Dr. Chandrashekar Janakiram, Professor and Head of the Department of Public Health ... 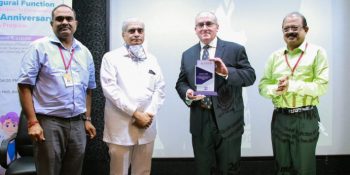 The year-long celebrations to commemorate the 20th anniversary of the Amrita Physician Assistant ...