Amrita Vishwa Vidyapeetham and the University of Trento signed an agreement towards education and research mobility on Saturday, November 12th, 2016 in Busto Arsizio, Italy. Prof. Maurizio Marchese, Vice Rector of International Affairs at Trento, and Dr. Maneesha Sudheer, Dean of International Programs at Amrita, signed the Memorandum of Understanding (MoU) at a public event in the presence of Amrita Vishwa Vidyapeetham’s Chancellor, Sri Mata Amritanandamayi Devi (Amma), and the mayor of Busto Arsizio. At the event, Prof. Marchese spoke of collaborations with Amrita and the Chancellor’s vision of service to society as the cornerstone of education and research at Amrita.

Recalling his visit to the Coimbatore campus a few years ago, Prof. Marchese spoke of how the enthusiasm of young researchers at Amrita was motivated by a higher goal of dedication to projects with an emphasis on societal outreach. Prof. Marchese concluded his address by recalling Amma’s, words, “Devotion and action are the two wings of a bird and knowledge is its tail. Only if these three are there, can one soar up to great heights.”

The current MoU with Trento will enable student and faculty exchanges as well as research in the areas of Engineering, Management, Biotechnology, and Arts and Science. The agreement also extends to participation in Amrita’s Live-in-Labs® program, an experiential learning initiative in rural India. The program aims to expose youth to challenges faced by rural communities, thereby inspiring innovation through empathy and the application of knowledge to address real world issues.

Amrita Vishwa Vidyapeetham has engaged in several educational and research collaborations with Italian universities. Amrita signed its first Memorandum of Understanding in 2008 with the University of L’Aquila followed by an India4EU Partnership Agreement in 2009 with several Italian universities such as Politecnico di Milano, the University of Trento, and Università di Bologna. In 2010, the Amrita School of Business signed a MoU with the University of Trento – Faculty of Economics. A Cultural Cooperation Framework Agreement was set up between Universita degli Studi Roma Tre and Amrita later that year. In 2013, Amrita signed an agreement for a student exchange program with Politecnico Di Milano, which was renewed earlier this year, and in 2014, Amrita established a dual degree program with the University of L’Aquila in the field of Computer Science.

With regards to research, Amrita has joined hands with the University of Milan, University of Pavia, and the Italian Institute of Technology to investigate a cerebellum-inspired approach for pattern classification in robots – a project funded by the Department of Science and Technology, Government of India. Amrita’s joint proposal with the three Italian universities enabled the exchange of researchers between 2012 and 2014 to collaborate on a new project using bio-inspired architecture for robotics. One of the main goals of the project was to connect neuroscience, modeling, and robotic control. The proposal was selected for the Executive Program of Scientific and Technological Cooperation between the Republic of India and the Italian Republic. Another major Indo-Italian initiative in research was the work on Autonomous Mobile Robots Based on Bio-inspired Artificial Control. The research aimed to develop and investigate the dynamics of the brain models capable of predicting cerebral input-output transformations and analyzing the mathematical and computational properties of the network.

Amrita has hosted many international guests from Italy and has sent professors to Italy to deliver talks. Prof. Giovanni Naldi from the Department of Mathematics at the University of Milan visited the Amritapuri campus of Amrita Vishwa Vidyapeetham as part of the Indo-Italian Program of Cooperation. The program, supported by the respective national governments, promotes scientific and technological cooperation between the Italy and India. Supported by Italy’s Istituto Nazionale di Alta Matematica, Prof. Giovanni Naldi and Dr. Thierry Nieus, also from Milan, organized the NeuroMath meeting bringing together experimental and computational researchers working on various topics in theoretical, computational, and mathematical neuroscience. Amrita also hosted Dr. Henry Muccini from the Department of Information Engineering, Computer Science and Mathematics, from the University of L’Aquila.

Dr. Shyam Diwakar from the Amrita School of Biotechnology gave a talk on modeling the computations of cerebellum circuits and how robotic arms can employ such reconstructions for movement control. Dr. Diwakar was also invited to speak at the School of Brain Cells & Circuits at the University of Pavia.

In the area of educational collaborations, Ms. Smrithi Rekha, from the Department of Computer Science and Engineering at the Coimbatore campus attended the University of L’Aquila, Italy as part of the Young Indian Researcher Mobility to Italy program sponsored by the Italian Ministry of Education (MIUR). Also, seven second-year students from the Amrita School of Business went to the University of Trento for ten months to attend classes and complete a project. The students were chosen as part of the prestigious India4EU program. Furthermore, through the bilateral student exchange agreement with POLIMI, ten students from Amrita Vishwa Vidyapeetham went on an exchange program so far and students from the areas of Electronics and Electrical Engineering, Mechanical Engineering, Computer Science, Civil Engineering, and Integrated Physics and Mathematics went for final semester projects.

Last year, Amrita faculty, post graduate students, and research associates went to Trento through the fully-funded Erasmus Plus and International Credit Mobility programs. Now, four students from the fields of Mechanical, Civil, and Computer Science Engineering, will attend Trento for the exchange program early next year. 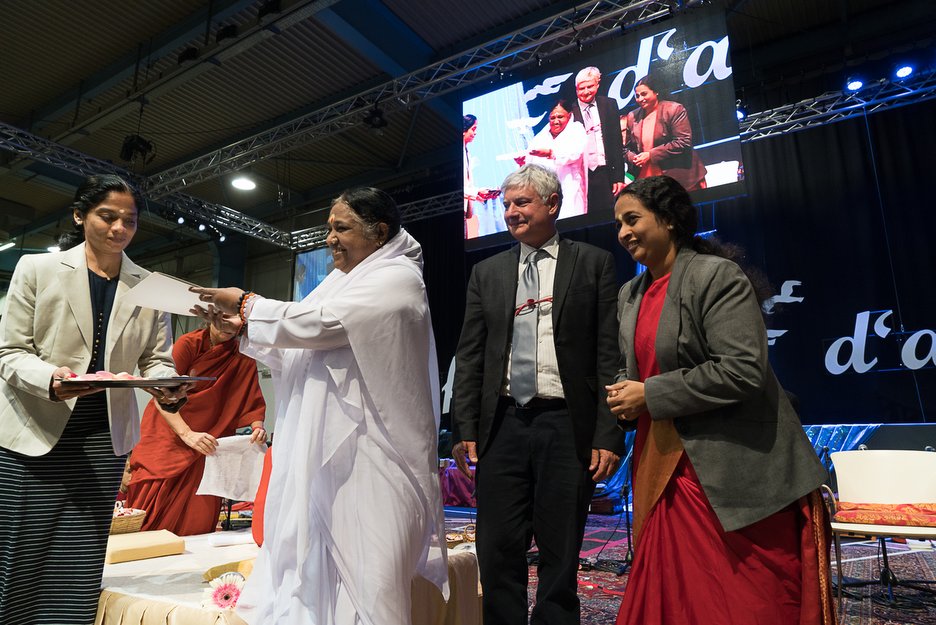 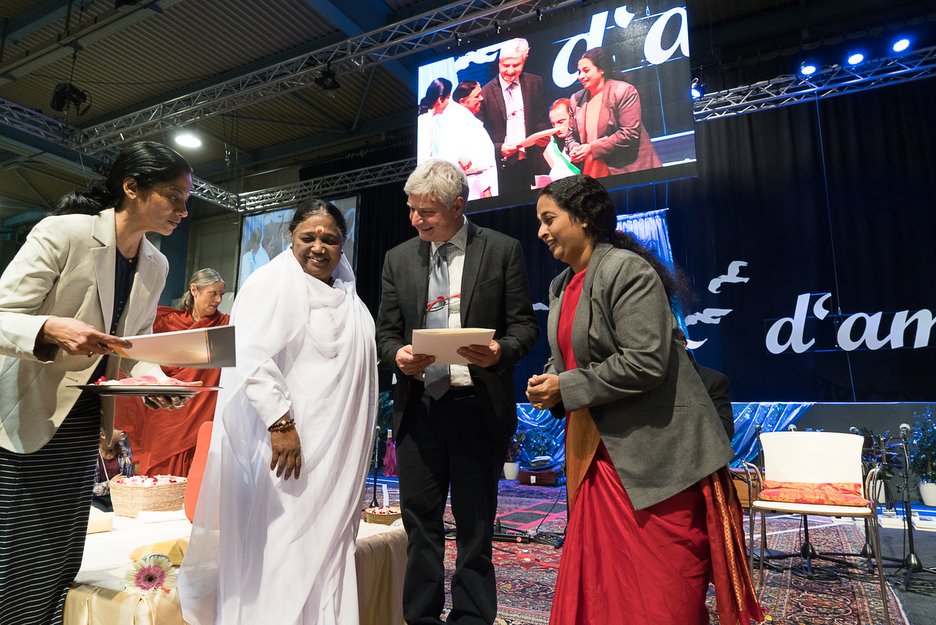 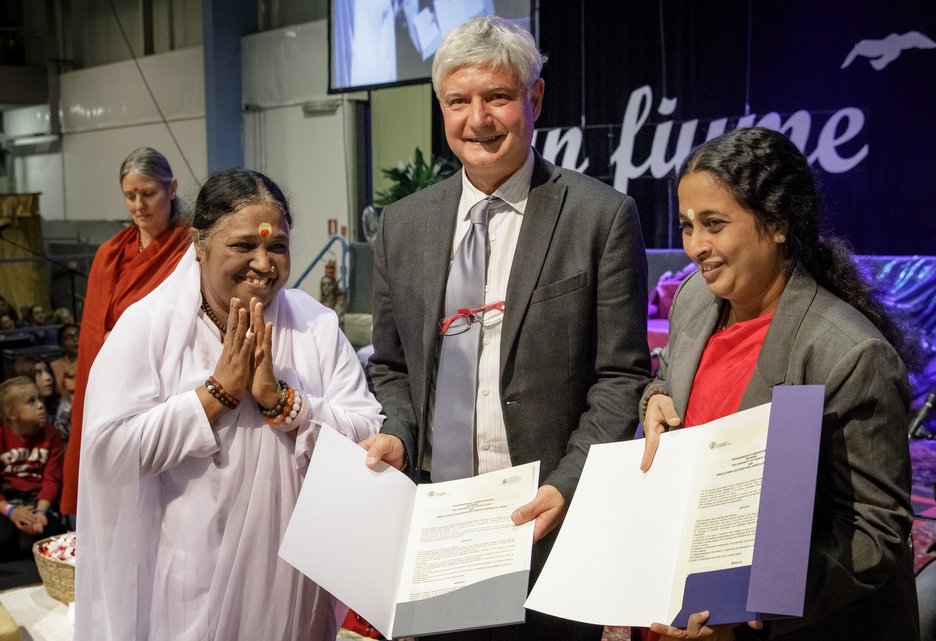 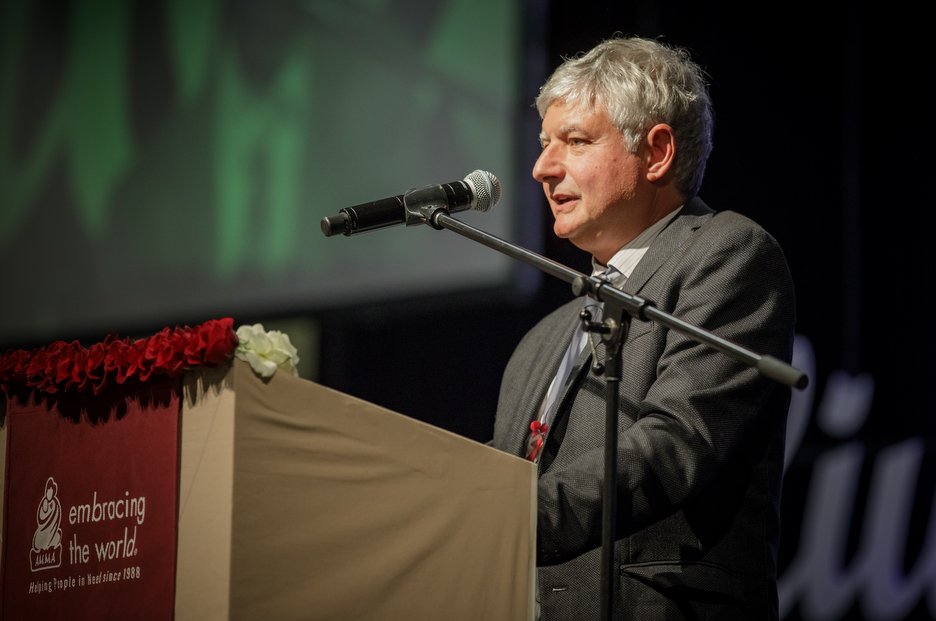 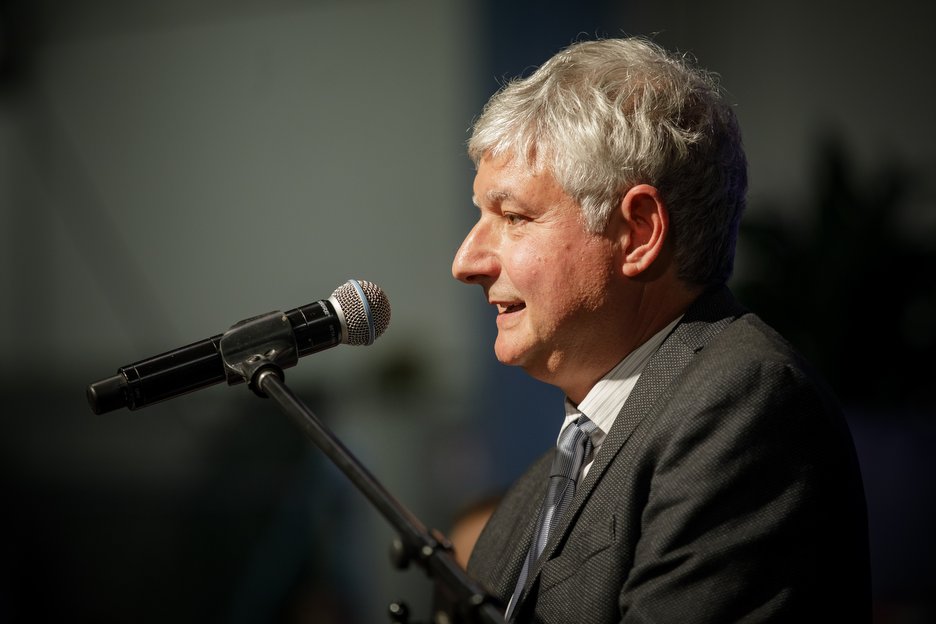