A team of undergraduate engineering students at the Coimbatore campus has participated in the national-level BAJA SAEINDIA’s competition to build an all-terrain vehicle, for three years now. This year, Amrita’s vehicle was selected as one among the top five vehicles that were displayed at the inaugural event.

The model also won the second prize for the most cost-effective design; the students’ efforts being richly rewarded with a cash prize of Rs. 40,000.

Below is a report filed by the enthusiastic group of students who participated.

There is no substitute to whipping out the spanners and getting grease on your hands. That is the foundation of JK Tyre’s BAJA SAEINDIA, the most appreciated event among engineering students in the country.

The event, organized at NATRAX testing facilities at Pithampur, Madhya Pradesh, emphasizes the making of an All Terrain Vehicle (ATV), with design parameters and within a fixed budget.

The competition calls for not only advanced mechanical knowledge and fabrication skills but also a high level of marketing and presentation skills. This year, 22 students from the Departments of Mechanical and Electronics Engineering at Coimbatore came together to toil day and night to fabricate the best possible ATV.

The model was unveiled at the event conducted during from January 27-30.

Static events included a presentation of the cost report and business plan and an evaluation of categories such as the power train, potential for mass production, serviceability, craftsmanship, ergonomics and innovation.

Based on our design report and our performance in the static events, our car was one among the top five that were selected for display and were unveiled in the inauguration ceremony. On Day 2, were the dynamic events including brake test, acceleration test, maneuverability test and hill-climb test.

On Day 3, came the endurance test. We had to drive the vehicle on a track specially designed to push our vehicle to its limits, testing its robustness. We drove through a rugged terrain, overcoming sections with gravel, logs, hills, water pits, bumps and turns.

Based on our performance on all three days, we received an overall ranking of 22. For the second consecutive year, we were also runners-up in the cost-effectiveness category and received a cash prize of Rs. 40,000. 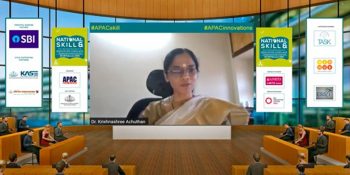 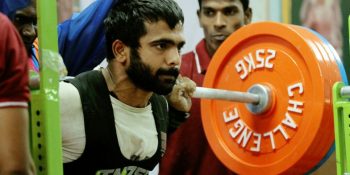 Yadhu Raj, a BBM student of the Amrita School of Arts and Sciences in Amritapuri, brings laurels to ...