Encouraged by Chancellor Mata Amritanandamayi,  faculty, staff, and students from the Amrita Center for Wireless Networks and Applications (Amrita WNA), the Department of Civil Engineering, the Amrita Center for International Programs and Live-in-Labs® at Amrita Vishwa Vidyapeetham, Amritapuri campus, have implemented a sustainable solution for water collection and distribution at Gudipadu Cheruvu, an ASeRve village.

Gudipadu Cheruvu, a village located in the southeastern state of Andhra Pradesh, is known for its varying geographical terrains and divergent climates. With an average temperature of 45 degrees celsius and low water levels, the village is situated in one of the hottest parts of the state. Located in the Guntur district of Andhra, the villagers of Gudipadu Cheruvu primarily engage in cultivating chili and cotton, as well as cattle rearing, all of which make villagers rely heavily on water.

Although the village is blessed with a pond and four bore wells, the village women have to spend 3-4 hours a day, walking several kilometers in the heat, just to collect water. Furthermore, the village consistently faces the challenge of water scarcity during the summer months. The situation is worse due to the restricted access to water during the summer, and the frequent power cuts in the village force women to wait long hours in the scorching sun for water pumps to start working once more. Finally, while pumping water directly from the bore wells, villagers waste about 75 percent of the water they intend to collect.

Recognizing the hardship of the villagers, Amma encouraged faculty, staff, and students from the Amrita Center for Wireless Networks andApplications (Amrita WNA), the Department of Civil Engineering, and the Amrita Center for International Programs at Amrita Vishwa Vidyapeetham to implement a sustainable solution. This initiative, which commenced in early 2016, is part of Live-in-Labs®,  a program that applies theoretical knowledge to address real world challenges faced by rural communities in India.  The group collaborated with members of the Amrita Self Reliant Villages (ASeRve) project to provide an affordable solution.

First, students and staff from the Department of Civil Engineering conducted a preliminary site survey and spoke to villagers and government officials to devise a plan of action. It was discovered that the main cause of the hardships faced by villagers was due to the lack of a proper water distribution system. Once the solution was identified, the entire Amrita team designed and developed a rural water distribution system.

In collaboration with the residents of Gudipadu Cheruvu, the Amrita team installed a system that connected all the borewells in the village to a main tank where the water could be collected and stored. The main tank was then connected to 7 smaller tanks with 35 taps placed in strategic locations to help the villagers gather water. The network of pipes, spread over 2km, ensured the availability of water to each household. The total stored water available for the community is now 19,000 litres, with 100 litres per family, a sufficient amount to fulfill the water requirements of all 200 households.

A summary of the project is shown in the table below:

Mr. Aravind Hanumanthaiah, a staff member from Amrita WNA, recalled the challenges the team faced during the project. He explained, “Being a remotely located village, it was immensely hard to transport raw materials and find skilled labor. Also, we were stuck at a point when we couldn’t finalize the design of the elevated structure to hold the main tank, but luckily a mason whom we met in a construction supplies store, volunteered to help. He visited the village and suggested a new design for the elevated platform. Then while trenching to lay pipes, we hit rock beds at several spots and were forced to lay GI pipes on the surface. Next, was finding a suitable spot to install the distribution tank, keeping in mind the need for villagers to have easy access to water. But convincing the villagers to approve connecting all the borewells was the hardest task. Some of the villagers even felt that storing water in tanks made of PVC/ rubber would induce an unpleasant odor and change the taste of the water. However, the Sarpanch understood the benefits of a centralized water storage and distribution system and managed to convince the villagers.”

Bayyamma, a village woman and mother of a special needs child, said, “One of the taps is close to my house and even my son who is mentally challenged can now come with me to collect water. He gets excited every time I tell him I am going to the tap. He enjoys playing in the water very much.”

Speaking about his experience, Mr. Renjith Mohan, Coordinator of the Amrita Live-in-Labs® program said, “When we first came to the village, many men told us to do whatever we could to decrease the hardship of the village women, as they were the ones who took care of the family. Now village women no longer need to spend 4 hours a day collecting and carrying water, nor do they have to worry about power cuts or borewells drying out. I was touched by the happiness expressed by the villagers as we were able to implement a water distribution system that could help them access water in a more convenient way, thereby reducing their hardship.”

Mr. Mohan further explained, “This project showed how people from different academic and research backgrounds could form an interdisciplinary team and work together towards a common goal. This was a perfect example of how technology could be used and translated into the real world in a very tangible and impactful way. I would like to extend my heartfelt gratitude to Amrita for giving me the opportunity to work on this project. I feel really proud and humbled to have been a part of this noble work.”

As a result of the new system, the village women are now able to reduce the distance they need to walk, from 80 meters to 30 meters, as well as the overall time needed to fetch water for their daily activities. The women are also able to collect water any time of the day, even when there is no electricity available. Aside from drastically reducing the walking distance, time, and effort of villagers, the new water distribution system also reduces the wastage of water.The new system, which took over 10,000 hours to design, develop, and deploy, has become a source of joy and relief for the residents of Gudipadu Cheruvu. 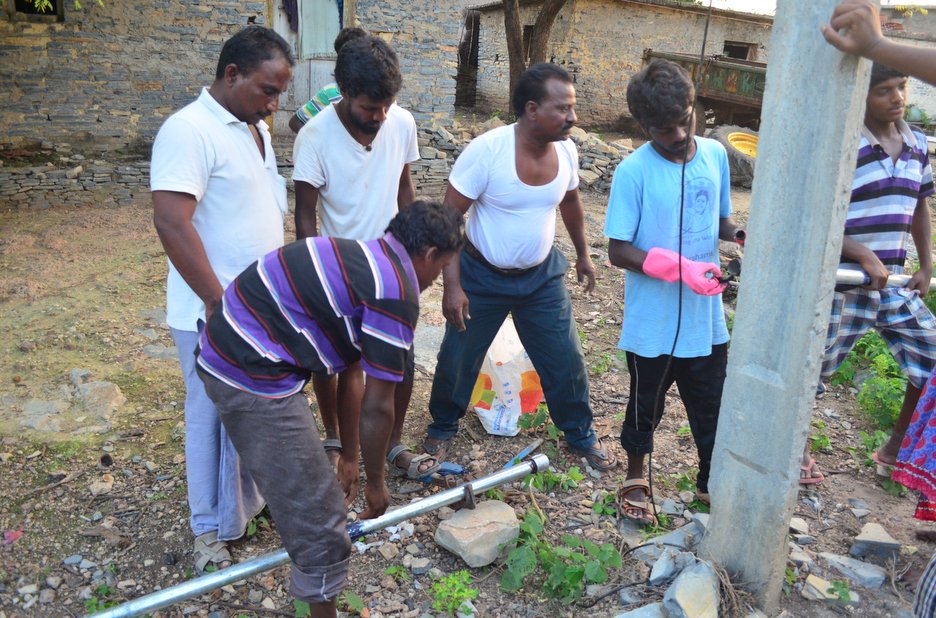 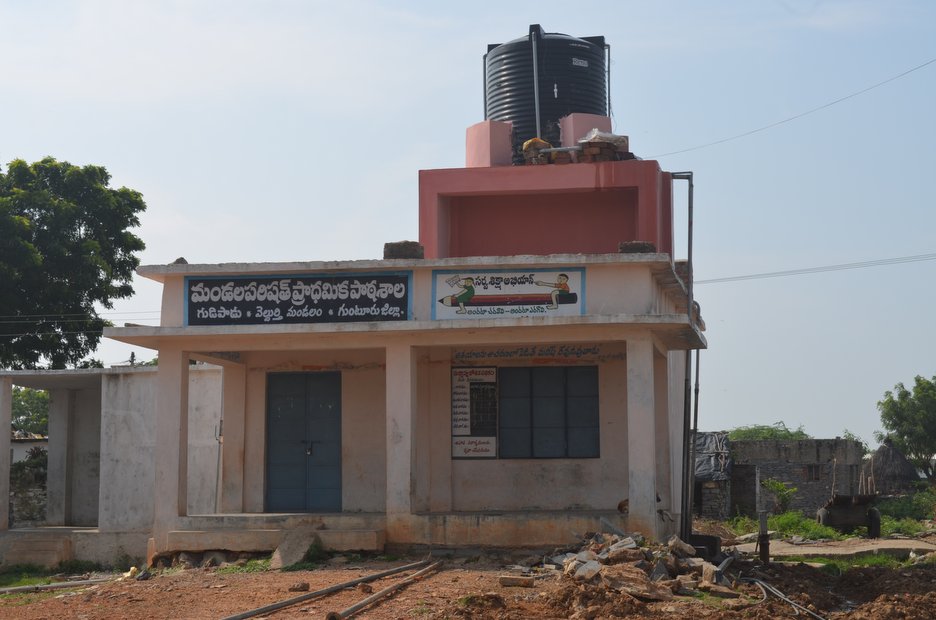