“Empowerment can be thought of as the totality of having access to information and resources for taking proper decisions, possessing the ability to exercise assertiveness in situations of collective decision making, having the ability to learn the skills for improving one’s personal or group power, enhancing one’s self-image and overcoming social stigma, if any.”

This definition of empowerment was put forth by Profs. Sunanda Muralidharan and Sandhya G. of the Amrita School of Business at Kochi at a presentation made at the National Conference on Globalization and Women Empowerment at the Institute of Public Enterprise, Hyderabad, during March 15- 16, 2012.

The paper was titled Women Empowerment Through Self Transformation: A Case Study Approach.

Noting that approximately 70% of the 1.3 billion people who live in abject poverty world-wide today are women, the authors stated, “Education of women is actually the first step towards their empowerment.”

The authors highlighted the fact that in Vedic times, women had the right to receive education. They gave the example of Sadyodwahas, women who studied till they got married and became Grihasthas as well as Brahmavadinis, who did not marry but pursued their studies all their lives.

“Child marriage is not indicated by the Rig Veda. Widows were allowed to remarry. Vedic literature extols the virtues of women who distinguished themselves not only as scholars, but also as great philosophers and teachers, whose stories can still inspire the contemporary woman today.”

“Lopamudra, Apala, Vishwavara, Ghosha are some such memorable names we can trace down the lanes of history. Some such as Gargi, Vachaknavi, Vadava Prartitheyi, Sulabha Maitreyi were wives of great rishis, and were regarded with no less esteem than their renowned husbands.”

Tracing the changes that occurred after the Vedic times, the authors noted that long periods of domination by outsiders brought in new customs and practices for the safety of women. Slowly women began to lose their freedom and their right to education.

Expressing much hope for current times, they said, “Globalization has presented women with a whole host of new opportunities towards empowerment, as well as challenges in their realization. It gives opportunities for women to be employed in responsible and reputed positions, enhancing their self esteem.”

The authors also presented case studies of two women from Kochi who overcame the odds stacked against them to not only empower themselves but also serve others in society.

The first case study tracked the journalistic career of Leela Menon, who was earlier working as a clerk in an office. When she began writing, she mostly covered issues related to women. Today she is respected as the journalist who brought women’s issues to the forefront. Her path-breaking journalistic career has been the subject of numerous articles and even films.

The second study detailed the dramatic journey of a small saree retail shop into one of Kerala’s most popular fashion outlets, led by its visionary CEO Beena Kannan. Widowed at a young age, and with three children to support, Beena nevertheless worked hard to overcome all odds. Many attribute her success to her absolute commitment to her staff and weavers, many of whom are women. 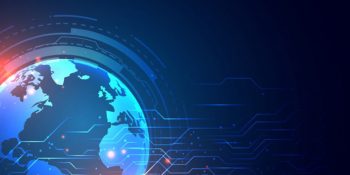 Haves and Have-Nots in Media

Questions such as these were explored by Ms. Somali Chowdhury, Assistant Professor, Amrita School ... 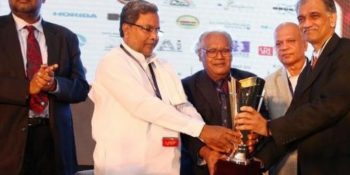 On December 6th, 2014 in a packed auditorium attended by all the leading lights in Nanotechnology ... 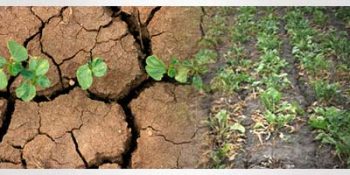 Extreme weather events may have a very different impact on the population exposed. While a ...