A four-day Workshop on Temple Architecture and Iconography (Level 3) was conducted by the Amrita Darshanam – International Centre for Spiritual Studies (ICSS) at Amrita Vishwa Vidyapeetham, Bengaluru campus between 1 and 4 February 2020. It came as a follow-up to the Four-day Temple Workshop (Level 2), which was organized by the Centre in October 2019.

The event was inaugurated on 1 February 2020, in the presence of dignitaries – Dr. M.S. Krishnamurthy (Archaeologist and Scholar, Mysore), Prof. Dr. Nagaraja KS (Principal, Amrita School of Engineering), and Br. Prasanth B. (Assistant Professor, Amrita Darshanam, Amritapuri campus). The gathering was welcomed by Arjun Bhardwaj (Assistant Professor, Amrita Darshanam, Bengaluru campus), who also gave an overview of the University, Amrita Darshanam and the purpose of the workshop. Following this, the dignitaries spoke in a nutshell about the significance of the workshop and formally inaugurated the event.

The resource persons for the workshop were Dr. M. S. Krishnamurthy, Dr. Manoj Gundanna and Mr. Madhusudanan Kalaichelvan – all are doyens and researchers in their fields of expertise. Detailed insights into the art and architecture of the Chola Temples and their chronological development were provided along with an overview of the inscriptions and lives of the kings who built the temples. The evolution of permanent stone structures from the earlier wooden ones was described in parallel with the development of Buddhist architecture. The contributions of the Nolamba, Ganga and the Rashtrakuta dynasties for temple construction and bringing in different varieties in architecture were discussed at length. There was also an exclusive session on the influence of the purāṇa-s on temple sculptures.

The workshop consisted of two-and-a-half days of theory sessions and two site visits. The first visit was to the Nageshvara Temple at Begur, which lies in the city limits of Bangalore today. The second one was a day-long visit to the Kolaramma Temple, Someshvara Temple and the Avani Temple complex – all located near the district of Kolar in Karnataka. The concepts that the participants had learnt in theory were described with concrete examples in the temple complex.

The workshop was attended by about 60 participants from across the country including students from Amrita Vishwa Vidyapeetham, Bengaluru campus. The participants were from different backgrounds including arts, dance, architecture, engineering, medicine, wireless communication and literature.

The four-day workshop concluded with a vote of thanks by Mr. Manish Rajan Walvekar (Assistant Professor, Amrita Darshanam, Bengaluru campus). The workshop was a wonderful cultural experience for the lay and the learned alike. 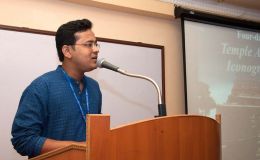 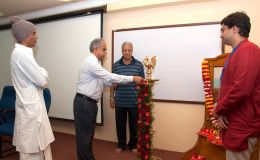 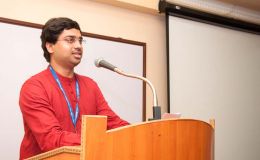 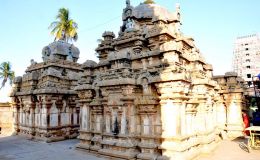 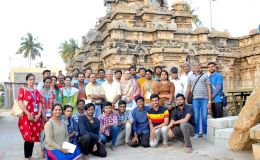 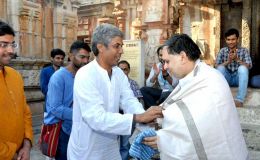 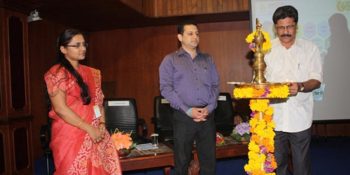 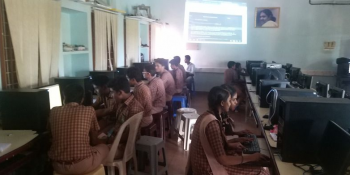 Amrita Center for Cybersecurity Systems and Networks (ACCS) conducted a cybersecurity workshop on ... 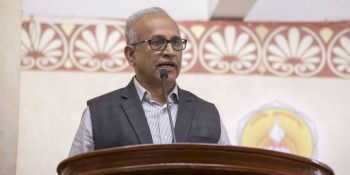