The wish that Maaveli was granted by Lord Vishnu was to be able to see his people once every year and Amrita Vishwa Vidyapeetham ensured that the sight he saw this year was a grand one indeed!

Preparations for Onam celebrations this year were on an altogether grander scale than ever. At Amrita School of Biotechnology preparations started a whole day ahead on the 21st ​of August ​afternoon itself. Students got together in large groups and started making a variety of traditional decorations using kuruthola (tender coconut leaves) and hanging them strategically along the way from the Amrita Sethu Bridge to the School of Biotechnology. These preparations went on all through the night with the student community getting together and drawing a pattern for the pookalam (traditional flower carpet) and also removing the petals from kilos and kilos of colourful flowers all to be used the next day.

It does not stop there. The next morning at around 5:30, ​​a group of students started laying out the large pookalam outside the School of Biotechnology and another group went to the Amrita School of Engineering to do the same for a institution wide pookalam competition.

By 8:30​am​ Onam celebrations were in full swing. Young ladies looking stunning in their traditional saris and young men resplendent in their colourful choices of dhothis all participated in a procession that began at the Mata Amritanandamyi Math and ended at the School of Engineering. The procession was accompanied with dance, pulikali (the traditional dance depicting a tiger hunt) and ,of course, music.

Once there, students were treated to a Thiruvathirakali (dance done by the women) which had almost 70 participants. Musical performances were also given. But perhaps the highlight of the day was when Vijay Yesudas the Malayalam singer and the Tamil actor Bala visited the campus and regaled students with stories and entertained all of their questions. Vijay Yesudas even performed for everyone.

Onasadya was served in Eswara mess hall of Boys hostel. It was a traditional sadya with Parippu, Pappadam and two types of Payasam served in banana leaves. All the students and staff enjoyed the tasty sadya.
After this the celebrations moved back to the School of Biotechnology where the official Onam competitions began. A classic game of musical chairs for the girls and boys took place. A student from the third year, a student from the second year won the prizes from the girls and boys respectively. Vadamvali or tug of war brought out a different level of excitement from the students. This was the competition that everyone wanted to win as it was a batch wise show of strength and bragging rights.

Unfortunately this year there was no winner declared as the rope used for the tug of war could not measure up to the levels of enthusiasm and strength outpouring from the students and ended up breaking. The day ended with music and everyone dancing till it was time to leave with great reluctance, which just goes to show what a great day it was.​ 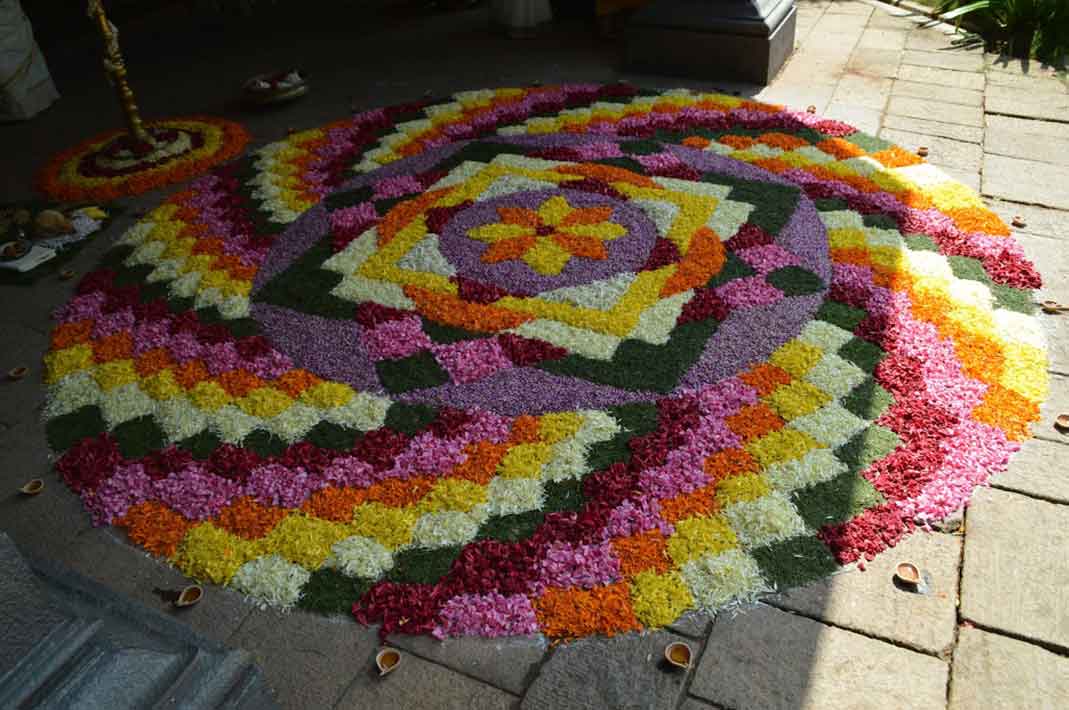 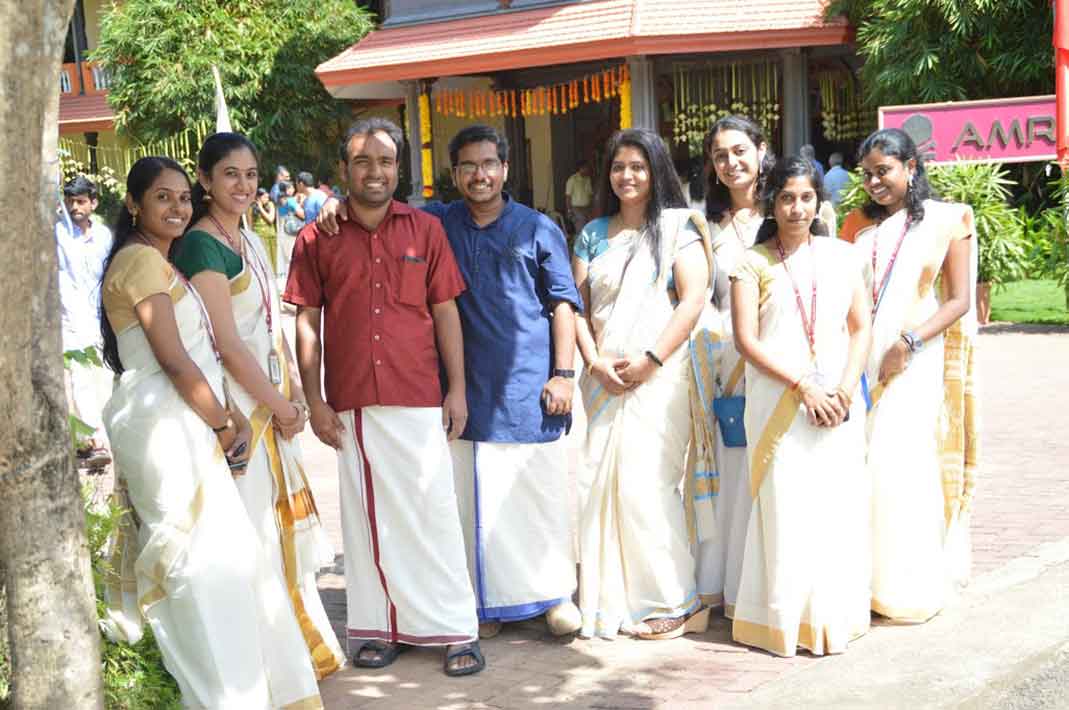 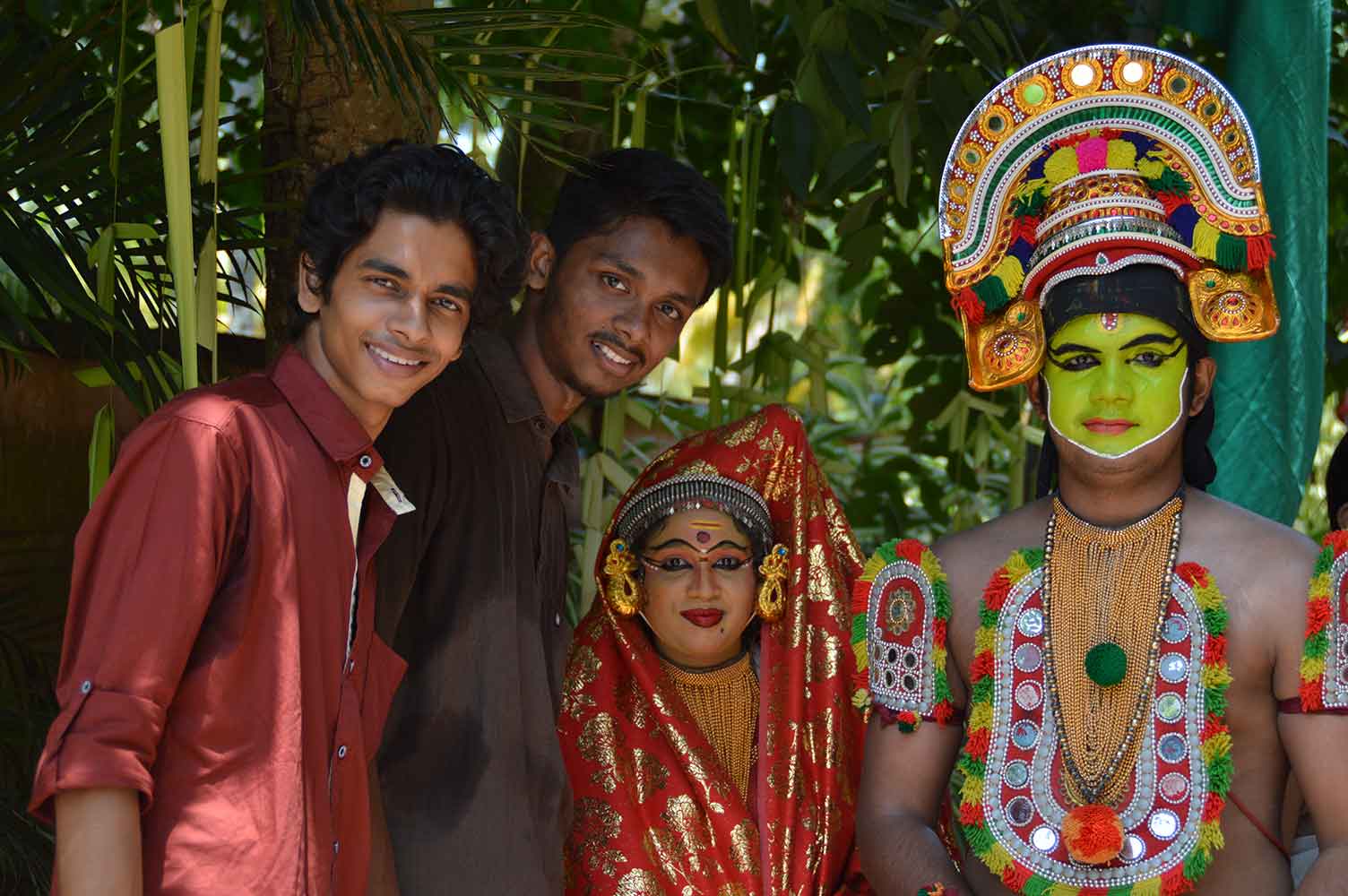 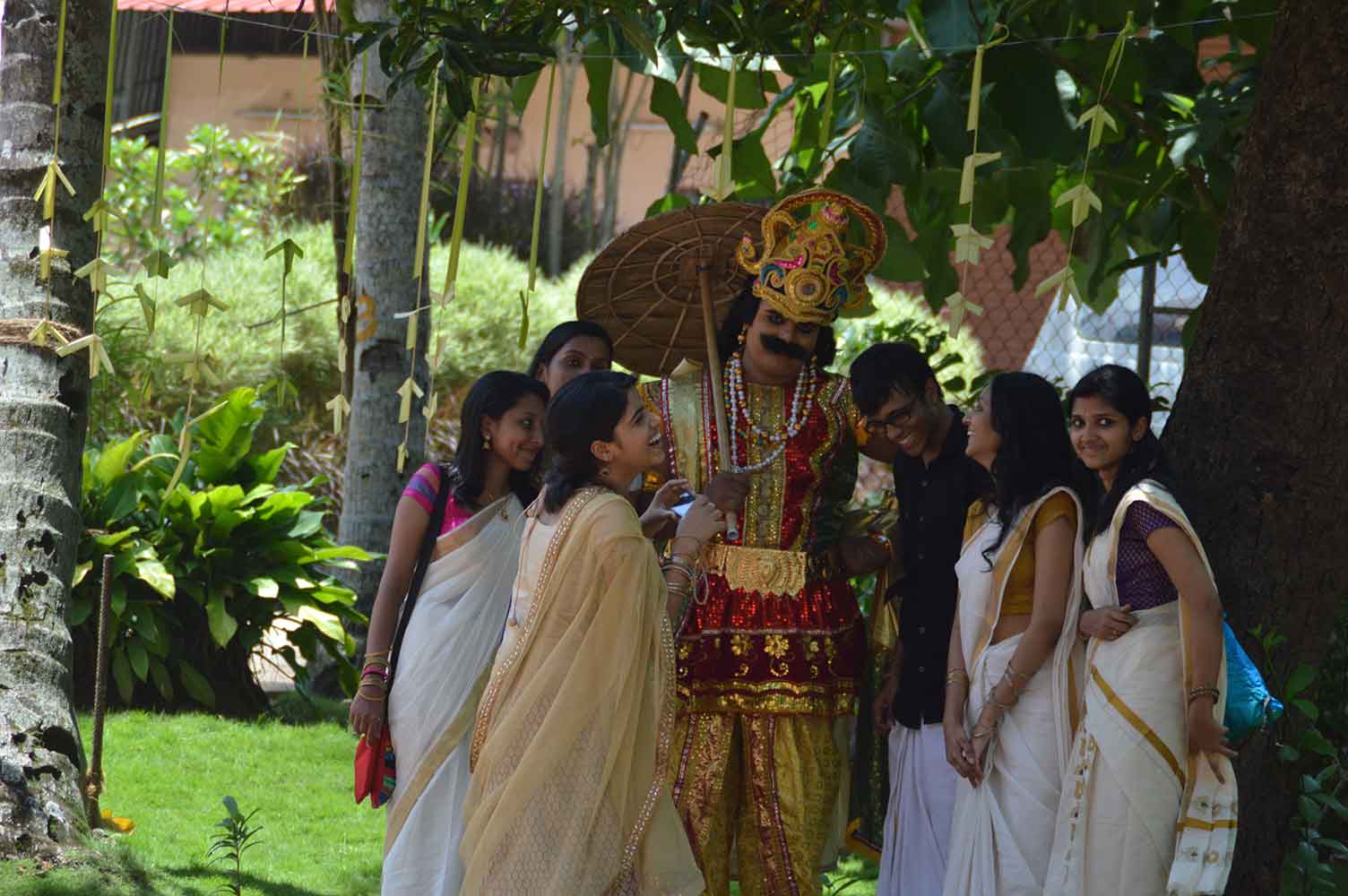 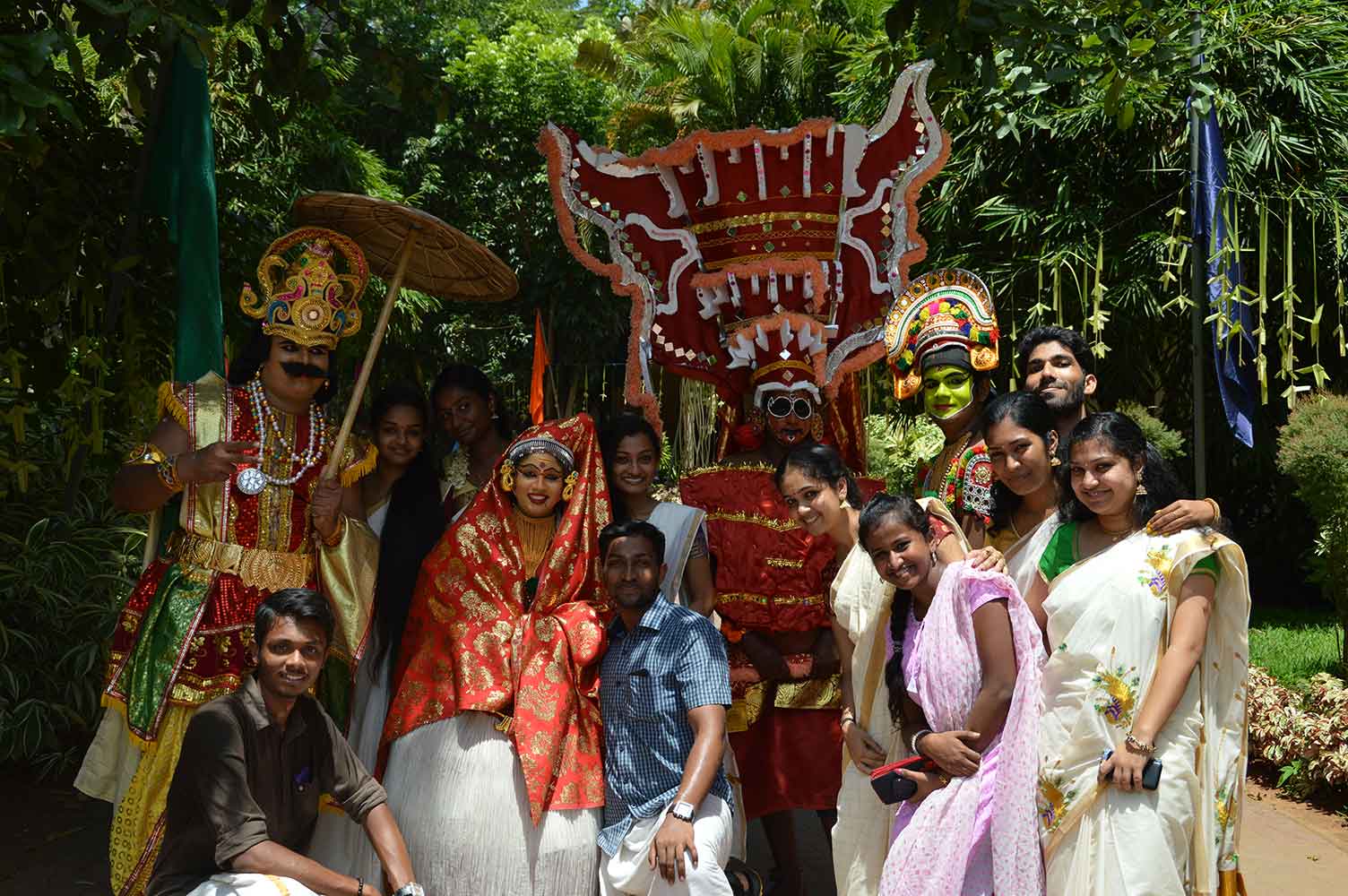 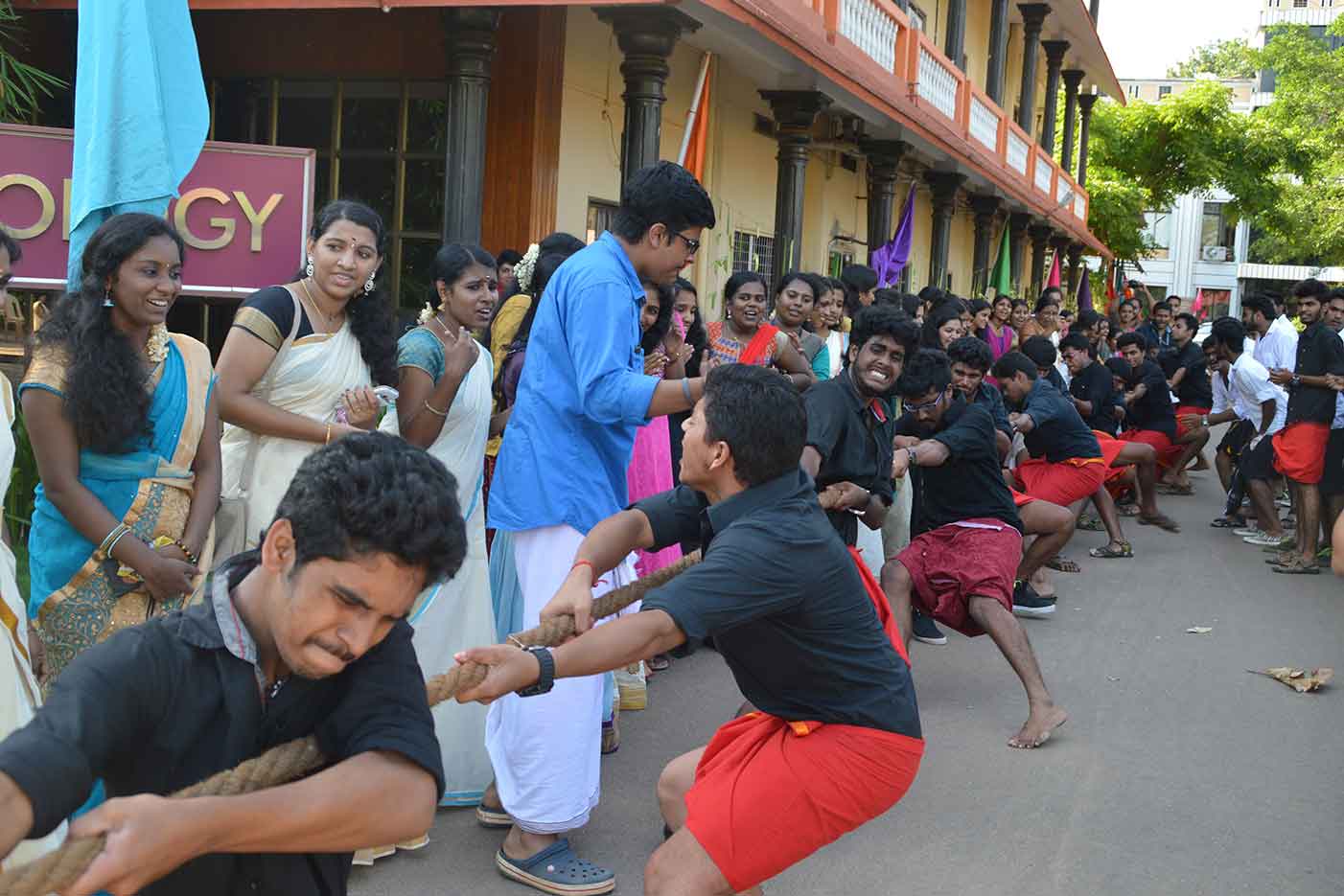 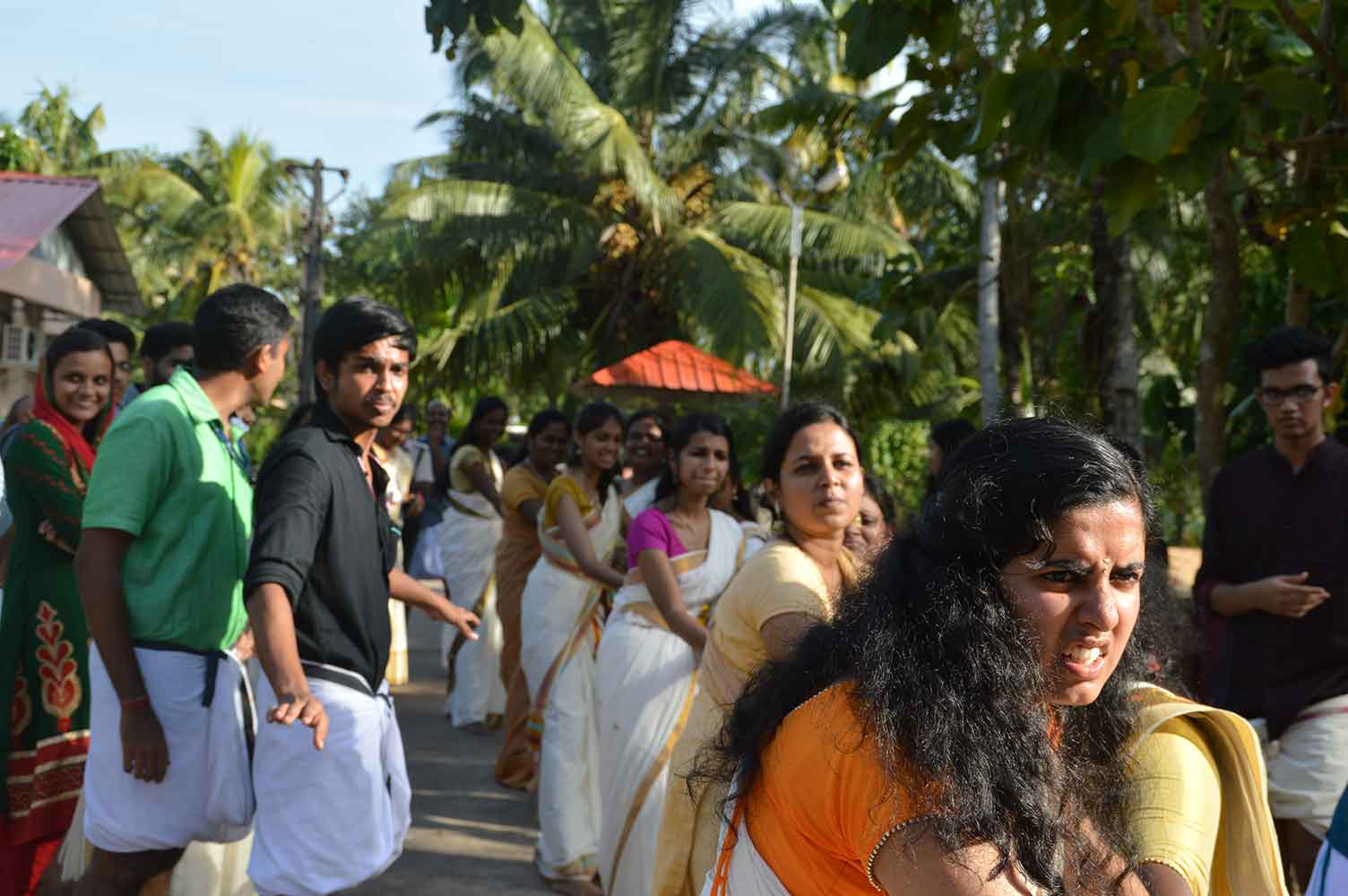