Many of us use CMOS (Complementary Metal Oxide Semiconductors) devices. We may not be aware, but these semiconductors are embedded in our cell phones, digital cameras and digital video cameras. Even in some vehicles and toys.

These semiconductors are somewhat expensive; however a large number is needed in a device to ensure high-quality picture resolution. Where price is an issue, the technique of Image Super Resolution comes to the rescue.

This software technique offers a viable alternative, enhancing the resolution of an imaging system through digital signal processing. A popular area of research today in universities and in the semiconductor industry, the emphasis is on creating effective super-resolution algorithms. The Amrita School of Engineering at Bengaluru is at the forefront of some of this research. S. Ravishankar, Professor, Department of Electronics and Communication Engineering, is focused on producing an error-minimized output.

He described the reasons for developing a new algorithm for Image Super Resolution.

“The image enhancement feature integrated in a CMOS system utilizes sophisticated software algorithms known as ‘Image Super Resolution Algorithms.’ These provide high resolution images. In the absence of these algorithms, we would require a large number of CMOS sensors, and these are difficult to fabricate within the miniaturization constraint.”

“Therefore, many imaging systems are designed with a less dense detector array which causes aliasing during image acquisition. In addition, there is a loss of high frequency details due to low-resolution point spread function and optical blurring due to motion. In such cases, one has to resort to suitable image processing techniques to enhance the resolution.”

Ravishankar presented a paper titled Image Super-Resolution using Sparse Image and Singular Values as Prior* at the 14th International Conference on Computer Analysis of Images and Patterns at University of Seville, Spain during August 29-31, 2011.

A paper titled Single Image Super Resolution Using Sparse Image and GLCM Statistics as Priors** was also presented at the International Conference on Signal Processing and Image Engineering, during July 6-8, 2011, at the Imperial College in London.

Given his efforts for rapid and relevant changes in the area of Image Super Resolution, we know we can definitely look forward to a feasible, error-minimized outcome.

* Paper Abstract – Sparse representation of images finds many applications in image processing and computer vision. Recently various attempts have been made to regulararize the ill posed inverse problem of motion free image super resolution, using sparse representation of low resolution image patches. A few of these approaches use only sparse representation of image patches for super resolving low resolution images. However the proposed method is different from these approaches reported earlier in the literature according to the method of dictionary training, feature extraction, from training database images and regularization techniques. In this work we have used singular values for regularization of the cost function of the image super resolution model. Matching optimal direction algorithm (MOD) has been used in the proposed algorithm for obtaining HR and LR dictionaries from training image patches. Using these two dictionaries the given low resolution input image is super resolved. The results of the proposed algorithm showed visual, PSNR, RMSE and SSIM improvement over other methods. 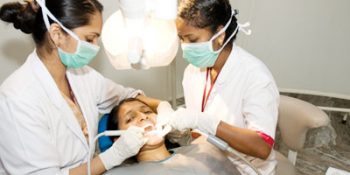 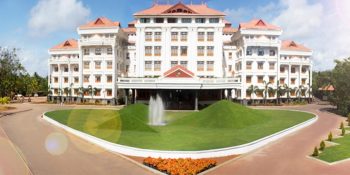 “Seeing the kind of research that Amrita Vishwa vidyapeetham does, I will say that yours is an ... 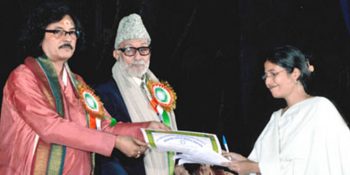 Bhakti – The Answer to Modern Maladies?

“How can devotion for God help mankind in a practical way?” “The answer is inherent in the ...