Biofuels are renewable transportation fuels that are derived from biomass in a short period of time in comparison to fossil fuels which take millions of years to produce. Biofuel has gained significant attention owing to its low greenhouse gasesemissions and renewability.They are CO2 neutral since the gas produced by the burning of fuel can be mitigated by the CO2 uptake of biofuel feed stock [1]. The major motivation behind the shift of focus to biofuel is the energy security. We know that the availability of fossil fuels is limited and will eventually run out. This will cause the rise of price over time and alternative energy sources will gradually gain the market.

Biofuels are classified as first generation, second generation, third generation and fourth generation biofuels based on the source from which they are produced. The following figure depicts different generations of biofuels and their examples [2]

Second generation biofuels ensure the use of non-food products for the fuel production that resolve issues associated with food security. They allow combined farming for fuel and food crops to alleviate the risk of habitat degradation for the biofuel production[4]. However, second generation biofuels require additional processing to make them suitable for use as a feedstock in refineries to replace crude oil.

Third generation biofuels are derived from aquatic biomass like algae. Algae fuel contains energy rich oils. One example is theoil produced from seaweed. Algal culture gained great interest due to the food and energy crisis. Algae can be grown in saline water, wastewater or in freshwater with minimal efforts. Depending on the production method employed algae can be used to produce either biodiesel or bioethanol. The lipid or oily part of the algae can be used to generate biomass and the carbohydrate part give bioethanol or biobutanol fuel [5].

On the other hand, depending on the nature the biofuels can be classified as gaseous or liquid biofuels.

Gaseous biofuels comprise of biogas and syngas. Biogas is produced by the anaerobic breakdown of organic matter which include biodegradable wastes or even crops. Figure 2 shows the process of biogas production and its applications [7].

Biohydrogen belongs to third generation biofuels as it is an advanced promising alternate clean energy carrier to fossil fuels. It is produced through different methods like dark and photo-fermentation using microorganisms, water gas shift reaction and microbial electrolysis cell using organic and wastewater. Biohydrogen is economically viable, has high combustion energy, and it provides zero emission of carbon dioxide [9].

Syn gas or synthetic gas is a mixture of carbon monoxide and hydrogen. It is produced as a result of partial combustion of biomass through gasification. This process is carried out at higher temperature (>7000C) hence more effective. Syn gas can be converted into liquid hydrocarbon by Fischer-Tropsch process. It can also be converted into ethanol, butanol, acetic acid, butyric acid and methane via microbial fermentation process [10].

Bioethanol is an alternative to fossil transportation fuel.It is made from carbohydrates through fermentationprocess.It plays an important role in reducing environmental pollution and consumption of crude oil since it can be produced from biomass or waste.Bioethanol is a colorless clear liquid with a mild odor in its purest form. Bioethanol is also produced from lignocellulosic biomasses derived from non-food sources like grasses and trees.First generation bioethanol production is restricted due to its edibleness but second-generation bioethanol production employs non-edible feedstock sourced from agriculture and forestry wastes. Since ethanol is a high-octanefuel, it is used as an octane enhancer in petrol. There are various ethanol fuel blends. E10 is the widely used one which consist of 10% ethanol and 90% petrol. Blending ethanol with gasoline helps to oxygenate the fuel mixture hence it ensures complete combustion and reduce polluting emissions [12].However, the miscibility of ethanol with water may result in the separation of ethanol from gasoline blends overtime.

Biodiesel is produced by the transesterification of oils and fats. In this process methanol is made to react with oils and fats followed by separation and purification to yield biodiesel (Figure 4). They are readily biodegradable and have low potential for human toxicity. Even though it is a drop-in biofuel, current engine systems cannot be run with pure biodiesel, so it is blended with petrol diesel usually less than 10%. “B factor” is used to indicate the amount of biodiesel mixed with the other fuel in blends. For example, B20 represent 20% biodiesel and 80% petrol/diesel. Similarly, B100 represent 100% biodiesel [13].

Biobutanol is also a potential biofuel as its energy density is high and comparable to the gasoline and it has a better tolerance towards water contamination. Due to these reasons butanol can be used in current engines without further modifications [14]. One of themethod used for butanol synthesis is ABE fermentation process which uses bacteria (for example Clostridium acetobutylicum and Clostridium beijerinckii) for the fermentation of biomass. But this method suffers from low yield and selectivity issues. Alternative methods like Guerbet reaction offers a great opportunity to synthesize butanol from an easily accessible feedstock, ethanol, via a metal catalyzed “borrowed hydrogen” sequence (Figure 5) [15]. Progress in these types of reactions will help us to achieve the goal of sustainable solution for our energy crisis [16, 17]

Isobutanol, an isomer of butanol is also studied as a possible second-generation biofuel. Escherichia coli, or E. coli and cyanobacteria are mainly used to synthesize isobutanol. It has low hygroscopicity and high energy density and considered as next generation biofuel [18].

Bioether is made from renewable feedstocks that can be used as an additive with fuels. They help to reduce toxic gas emissions, enhance engine perfomance and also significantly reduce engine wear. As compared to other biofuels they have superior emission and combustion characteristics.

Biofuels have high relevance in future development of transportation field. Energy demand is increasing day by day and the need of environment friendly fuels are also increasing. Biofuels are promising alternate energy resources and the different production methods of biofuels at low cost and high efficiency are under progress. 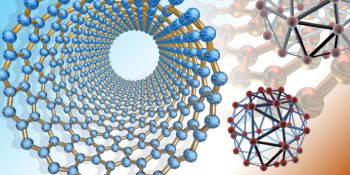 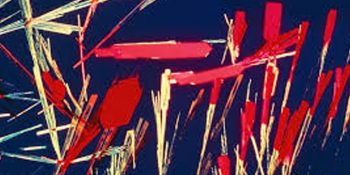 Vitamin B12 Coenzyme and its Model Compounds

Vitamin B12 or cyanocobalamin was first isolated as an anti-pernicious anemia factor. It has ... 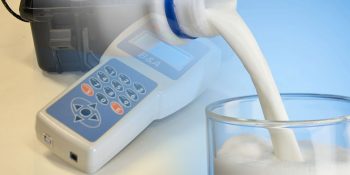 Abstract: In this article, we present our ongoing work in the development of a portable ...