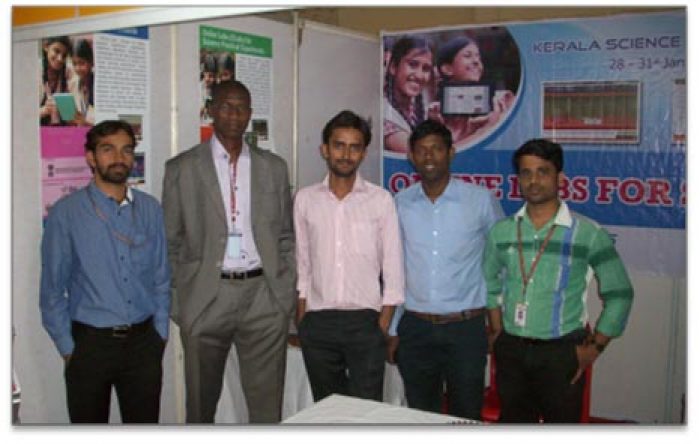 AmritaCREATE (Amrita Center for Research in Analytics & Technologies for Education) won the first prize at the 26th Kerala Science Congress held at Wayanad, Kerala. The exhibit showcased the project, Online Labs (OLabs) for Science Lab Experiments during Sasthra Jalakam- A National Science Expo 2014. Prof. V. N. Rajasekharan Pillai, Executive Vice President, Kerala State Council for Science, Technology and Environment (KSCSTE) gave the trophy. More than 100 displays were present at the exhibition including major research and development organizations, science and technology institutions and industry. Over 350 visitors including scientists from different government sectors, students from nearby schools and colleges tried out OLabs at the stall.

Our team showcased OLabs using tablets, desktops and touch screens to explain the cross platform compatibility of the project. An example of an experiment in animation and simulation modes was displayed on each screen for the visitors to test and explore the touch based technology. The team was led by Anoop M, Vijesh, Hareesh TK and Hal Ahhassane Demba (International Exchange student from Ivory Coast).

OLabs for Science experiments, under a research grant from Department of IT, was developed to overcome the limitations faced by schools in India, especially rural schools, due to either insufficient time or instruments in laboratories. The OLabs projects reached a significant milestone early this year, when it was officially endorsed by the Central Board of Secondary Education (CBSE) for its 14,500 schools. The research on OLabs was presented at leading conferences such as ASEE/IEEE Frontiers in Education Conference (FIE 2013), the International Society for Technology in Education (ISTE 2013), and showcased at the National Conference on ICT for School Education. Future plans for scaling the OLabs for Pan India includes cloud based deployment to support over 36 lakh students and training of 30,000 teachers across India. 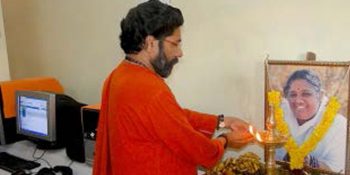 AmritaCREATE (Amrita Center for Research in Analytics & Technologies for Education) deployed a ... 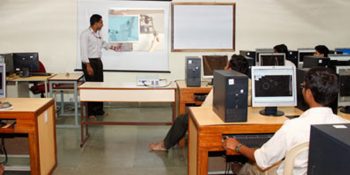 May 20, 2011 AmritaCREATE, Amritapuri A new research grant from the Department of IT, Government ... 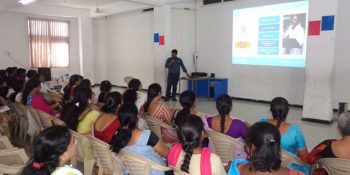