The program was transformational as it took computer literacy to tribals, who would otherwise not have the opportunity to learn basic computers skills, have an email account or browse the internet. The beneficiaries also learned basic financial literacy with online banking and know how to get access to educational resources and government schemes from the internet.

The program is the only one of its kind that taught basic computer awareness and skills, such as, using a word editor and excel spreadsheet with Android tablets and without using computers. The exams, conducted in regional language, were taken directly to tribal settlements or schools and offered via a laptop and connected tablets. Student tablets received randomly assigned questions from the assessment laptop and answer data logs were saved in the laptop and synchronized with the cloud when the internet was available.

The project was funded by the Ministry of Electronics and Information Technology (MeitY), Government of India. The students took an external exam offered by National Institute of Electronics & Information Technology (NIELIT), an institute under MeitY, Government of India. Over 92% of tribal beneficiaries passed an external exam on awareness in computer concepts.

Vocational Education and Haptics at ICTEE 2012 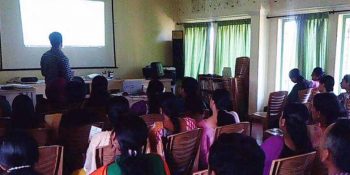 AmritaCREATE, one of the research initiatives of Amrita Vishwa Vidyapeetham, in collaboration with ... 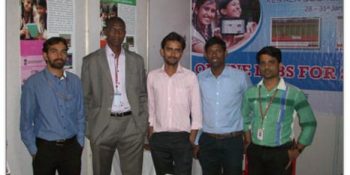 AmritaCREATE (Amrita Center for Research in Analytics & Technologies for Education) won the ...