The dawn of the new year saw the Amritapuri campus host the IEEE International Conference on Technology Enhanced Education focusing on educational technology for societal benefit.

The conference convened during January 3-5, 2012, in partnership with IEEE’s Education Society, IEEE’s India Council and IEEE Kerala Section also saw collaboration from the International Association of Journals and Conferences, a global consortium working for advancement of education through technology.

Among the numerous academicians who participated in the conference were those representing the best universities internationally including MIT, Carnegie Mellon, University of California at Berkeley and in India such as the IITs and NITs.

At the inaugural session, Nobel Laureate Muhammad Yunus, called for technologists to refashion the educational system so that it helps unleash the creativity in the young. “Creative minds can start enormous varieties of social businesses to solve all the problems that we see around us,” he emphasized.

The inaugural session was followed by several keynote and invited talks.

Notable among the keynote talks were those by Daniel E. Hastings from MIT who spoke of the potential of online education to offer high quality education to a large number of people at a low cost and Larry Johnson, CEO, New Media Consortium, US who pointed out that during the past few years, people have been expecting more and more to be able to work, learn and study whenever they want to and from wherever they are.

During the panel discussion on Transforming Education through Technology Enabled Open Education, academicians focused on how technology could bring education to the poorest of the poor.

In parallel sessions for research paper presentations, 49 papers were presented from the 408 submitted by scholars from universities in India, China, Japan, Europe, US, Australia, Malaysia, Brazil, Africa and the Middle Eastern countries. These papers will be indexed by the IEEE Xplore digital library.

Poster presentations by 67 scholars and exhibition booths of industry partners including Microsoft, Intel, Pearson, Oracle, Adobe and Telerad were among other conference highlights.

“A truly spiritual experience of development,” commented Dr. Pradeep Wagh of Development Education Society, Pune. “The Amrita campus has a pristine vibration, and the blessings of Amma,” he added.

Several participants commented that meeting Chancellor Amma was the highlight of the three-day conference.

Echoing sentiments expressed by many, Andrew Muyanja from Maherere University, Kampala (Uganda), added that he was touched by the selflessness and the spirit of service of the staff and students at Amrita Vishwa Vidyapeetham.

The Amrita fraternity, meanwhile, was equally touched by participation in and the outcomes of this conference, as well as the preceding one on wireless technologies for humanitarian relief.

“All of us at Amrita have such immense opportunities,” shared engineering student, Rahul Krishnan. “The first conference in December gave me a lot of input on how I could shape my career. This conference made me think about the social relevance of education and research.” 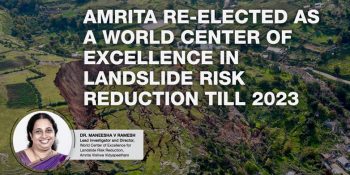 Amrita Re-elected as World Center of Excellence for Landslide Risk ...

Amrita was re-elected as a World Center of Excellence for Landslide Risk Reduction for ... 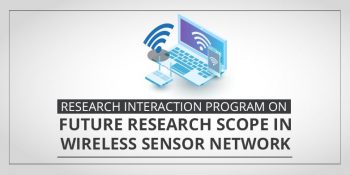 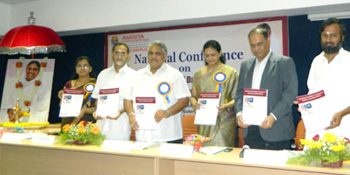 “Adulteration has become a major issue in developing countries. In addition, population explosion ...