B. Tech. in Civil Engineering 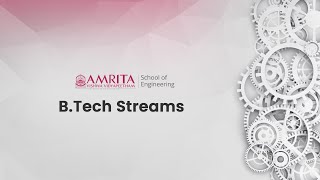 Without Pre Requisite /Open to All 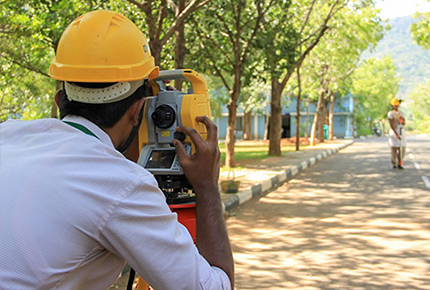 Admission to all the B.Tech programmes for the year 2023 is based on any one of the following:

Engineering Graduates will be able to:

Civil Engineering is an ancient yet a very modern field of study among all the engineering disciplines, that has been transforming our daily lives for many centuries. As humans, we all need a sturdy roof on our heads, smoother roads to criss-cross between cities, stronger bridges to vroom over water bodies, sewerage system that flows underneath and many more.

Call it infrastructure in modern terminology, civil engineering is that quintessential discipline without which our mere existence becomes impossible – as it aids us at every nook and cranny of the world for gaining over various physical obstacles. A civil engineer is a widely accepted profession and it has multiple sub-disciplines including the intense study of structures, material science, geology, geography, soils, hydrology, mechanics and environment.

What Exactly Does A Civil Engineer Do?

Technological advancements are changing at a faster pace. We are currently at a crucial juncture where it is imperative to be ahead of times, analyse the futuristic industrial requirements and make our students ready to take head on the challenges. What kind of training do you offer to the students in your department for handling these future challenges?

There is no doubt in saying that technological advancements are witnessing rapid transformation but as faculty it is our prime responsibility to ensure that they would be up to date. Our curriculum is framed after thorough consultations with expert academicians and industry, who are in our Board of Academic Studies. The topics are cherry-picked based on the current and future trends. For instance, currently we are going the computational way but the curriculum changes once three to four years.

We in fact, have an MOU with L&T and one of their experts is part of our Board of Academic Studies. The latest trend is about 3D printers, we have introduced 3D printing construction methods. One batch of final year students are into learning this technology.

Another hot subject is Artificial Intelligence which deals with replacing manual labour with machines, robotics. The students after 4 years of study step out, well equipped with all that is trending in this area.

How tough is studying civil engineering? Can an average student take up this course and achieve a successful career? Are there any risk factors involved while working at the project site?

Civil engineering is a very interesting subject. It is one branch of engineering, where we can design, visualize and analyse the results there and then. When it comes to safety measures, we can enjoy while working and at the same time it is equally important to ensure certain precautionary measures. I often receive videos from our former students, with details of the prestigious projects completed by them. They thank all the faculty profusely and it gives us immense satisfaction.

These days companies do not look at the CGPA alone. The corporate industry 4.0 is on a lookout for those youngsters with innovative skills, critical thinking, motivated and confidence. How do you prepare students to hone these skills?

Besides intense academic learning, the students also get introduced to regular industry visits, internships, interactions with the experts from industry and academia to boost their confidence levels. E-Learning is another interesting concept, in which students get to watch and study presentations, videos, research reports. This gives students a fair idea on what to expect in the industry, after joining jobs. We also encourage students to go for online courses being offered by public premier institutes and do certifications. Through these students get exposed both to conventional learning and even latest topics – all at the same time.

In fact, we don’t encourage the concept of spoon feeding. We believe attending online courses will enhance the self-learning capacity of the students. While taking these courses, they receive enough guidance from the faculty and also get separate credit assigned to it.

Students often find themselves at crossroads after the completion of B.Tech. They might be confused if they should go for a job, go for higher studies or turn into an entrepreneur. What do you suggest?

The students would complete all their core courses by the end of 3rd year. At that juncture, many students would express interest in certain specialisations, and we would guide them according to that. If the student wants to go for higher studies, we guide them on picking up the right electives. Around 99% per cent students get through campus selections.

In such cases, many students will be sent by the corporate companies for higher studies while few quite their jobs and get back to us asking for guidance. The current trend is such that, a majority of students are going for higher studies. For those students wanting to study in India, we aid students in writing GATE for admission into public sector premier institutes or if they wish to move abroad, help will be rendered in successfully appearing for GRE, TOEFEL. Constant interactions are also arranged on regular basis with those who cracked civil services, other government exams as job opportunities for civil engineers are aplenty in the public sector.

What kind of assistance is available for the students hoping to crack exams like GRE, GMAT, TOEFEL for admission into abroad university?

From the department, we teach, guide students on how to obtain high scores in these examinations. At Amrita, we also have Corporate & Industry Relations, a unique and dedicated setup which offers coaching to crack GATE, GRE exams with the help of faculty. Civil engineering is growing hub of opportunities and students need not always go for a job. They can start on their own, generate jobs and contribute back to the society.

What kind of job opportunities are available for the Civil Engineering graduates from Amrita?

Civil engineering is a vast area with countless number of opportunities. The students after completing their course will attain an idea on where they would fit in. Few students may be interested in structural engineering, geo-technical, water resources, transportation etc. Based on their interest, we help them in career.

Please throw some light on the internship opportunities for the students. Do you assist students in getting internships?

As far as internship is concerned, many of our alumni are entrepreneurs and are always on the forefront to help their juniors. Those who are already placed with corporates too aid our students in getting internship opportunities through their HR. We have several stakeholders and they offer phenomenal help. The CIR too also helps in getting placement and internships.

How advanced are infrastructure and lab facilities in the Civil Engineering Departments?

All of our labs are sophisticated and fully equipped. Besides that the department also houses research labs like High Strength Concrete Lab, Energy Efficient Materials Lab, Advanced Water Treatment Processing Lab. We encourage students to be active in these research labs along with the faculty and publish papers in highly rated journals. This will give added advantage to the students for further studies like MS. We also have a separate library for our department.

Why should a student choose Amrita School of Engineering to be a Civil Engineer?

Besides providing academic excellence, extra-curricular, co-curricular activities, Amrita School of Engineering offers personal mentoring for the students. For every set of 20 students, there is a faculty advisor and the professor guide them through their career. The faculty can personally monitor the progress of each student and our professors are highly qualified, dedicated teachers.

We feel immense happiness and satisfaction, every year at the convocation after receiving positive feedback both from the parents and students. Studying at Amrita will not only make the career brighter but also transforms each student into a moral, responsible, citizen of this country.

Amrita Vishwa Vidyapeetham is an undisputable leader in the realm of private universities offering the best quality education in India.

It is the 4th Best Ranked University, among the private universities as ranked by National Institutional Ranking Framework (NIRF Ranking), as issued by the Ministry of Human Resource Development, Government of India for the year 2020

It is the No 1 Private University in India, as per The World University Rankings, 2020

Amrita Vishwa Vidyapeetham stands tall as No 1 among the private universities as per the ranking issued by QS University Rankings, Asia for the year 2020

A complete vegetarian, self-sustainable campus, the faculty and staff believe in nurturing the young minds of India into responsible citizens

The university boasts 25 plus Centres of Excellence, has 180 plus research collaborations, 65000 citations, 12,000 publications, 100 plus patents and $100 million funding

Every semester around 200 students from Amrita secure admission into prestigious universities abroad. 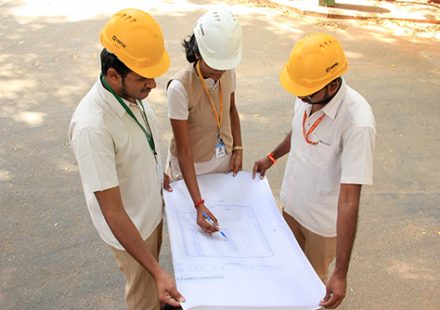